The President of Ukraine Petro Poroshenko has approved the imposition of martial law in some areas of the country, said his press Secretary Svyatoslav Tsegolko in Facebook. 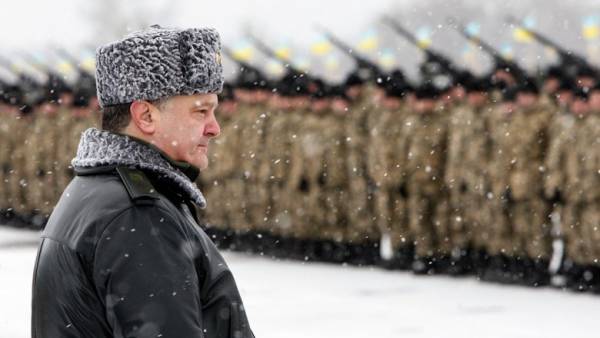 Martial law will be valid from 14:00 today (28 November) for 30 days in ten regions of Ukraine, which directly borders with Russia, Moldavia, and along the coast of the Black and Azov seas.

The reason for the imposition of martial law was the Russian-Ukrainian conflict in the Kerch Strait. On 25 November, the FSB detained there three Ukrainian vessel and arrested the 24 sailors. To “force stop” ships of the Russian frontier guards used the weapon, as a result, three Ukrainian military were wounded. For violation of the state border of Russia opened a criminal case.

According to Mr. Poroshenko, the military situation means defensive actions. The Kremlin said the introduction of martial law in Ukraine, “electoral intrigue.”