The former lawyer of the President of the United States Donald trump Michael Cohen confessed to perjury at the hearings in the committees of the Congresses in the case of “Russian intervention”. On November 29 the AP reports. 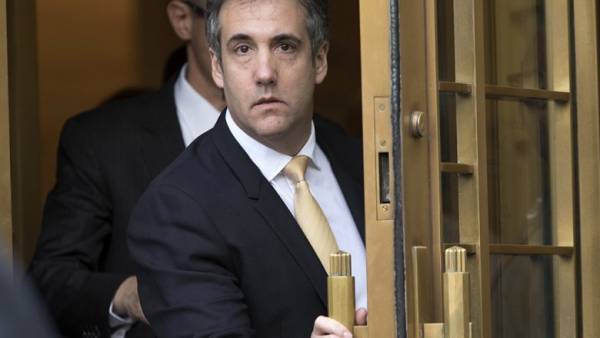 Cohen admitted that in 2017 he gave false testimony to the U.S. Senate about the possible construction of the trump tower in Moscow. The former lawyer of the President noted that he had lied about the date of the negotiations and other details that does not contradict the “political message” of trump.

“the Worst day in the life of trump”

At the end of August it became known that Cohen made a deal with the Federal Prosecutor’s office in new York in the case of violations in campaign financing, Bank fraud and tax evasion. In court he admitted that he withheld information at the direction of trump.

At the same time, the Agency Reuters suggested that the agreement between Cohen and the prosecution increases the legal risks for the trump, because his former lawyer to testify spectacular Robert Mueller on alleged Russian interference in the presidential election of 2016.

The trump has repeatedly rejected any possibility of collusion with Russia, and the investigation Mueller called it a “witch hunt”. The Kremlin denies meddling in the election.

Michael Cohen more than ten years was a member of the inner circle of the trump. He worked as his personal lawyer since, when he led the Trump Organization. In 2018, their relationship deteriorated significantly.

See also: yellow taxi to the interrogation spectacular: what is known about the lawyer of the President of the United States Michael Cohen