The American spent three months for the carriage of cotton candy, which was mistaken for meth

A resident of the U.S. state of Georgia Dasha Fisher spent three months in jail on charges of possession and transportation of methamphetamine for subsequent distribution. 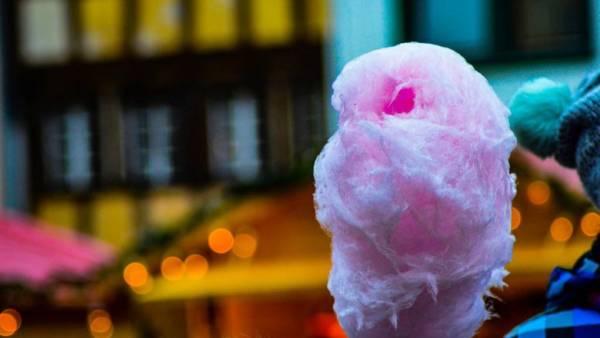 In fact, the package the woman had cotton candy, but by the time of the arrest, the sugar crystallized and began to resemble some kind of “substance” is blue (just like in the TV series “breaking bad”).

December 31, 2016 police patrol stopped the 40-year-old woman on the road — they were drawn to the dark window tint (by the way, then the audit showed that the tint was within the normal range). Looked through the car and found a plastic bag with the “substance, like a crystal blue color”. The police decided to check the content using rapid test Nark II result was positive.

Fisher was arrested, she was charged with possession and transportation of drugs.

Fisher refused to admit guilt. She was offered bail of $1 million, but the woman has not been of such sum so she spent three months in jail awaiting examination. March 22 came the test results, which showed that drugs in the package were not. The woman was released only April 4, but the charges were dropped two weeks later.

American complained about themselves to the police for drunk driving

Fisher has filed a lawsuit against authorities in Monroe County, police arrested her and the company, which manufactures a reagent for field tests — Sirchie Acquisition Company. In her statement of claim says that during detention, she was unable to be with her daughter who had a miscarriage and missed the birth of our grandchildren-twins. She also said that prison staff had not provided her with adequate medical care when she hurt her hand and complained of a problem with the ovaries. The amount of compensation Fisher left to the discretion of the court.

As NBC notes, false positive tests are common practice in the United States. Tests Nark II are two dollars and are widely used by the police, but often give erroneous results, reported in 2015, the human rights organization the Marshall Project: well, the sage can be mistaken for marijuana, motor oil for heroin and peppermints — for crack.