From Republic to Republic

As the question arose on the border of Chechnya and Ingushetia. 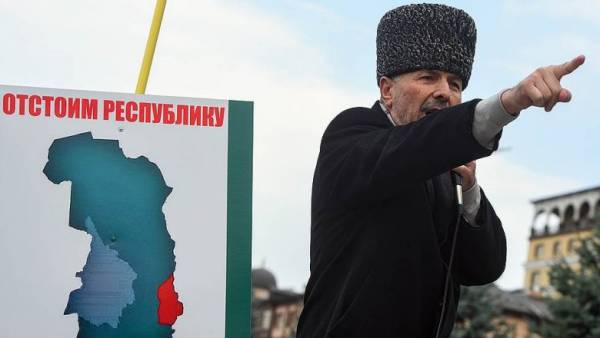 History of the Soviet period Chechnya and Ingushetia as a national-state territories be traced back to the first post-revolutionary years. Administrative changes occurred with such regularity that the question of boundaries could not even be put before the current period.

In November 1920, the Congress of the peoples of the Terek oblast proclaimed the establishment of Gorskaya Autonomous Soviet Republic with its capital in Vladikavkaz, consisting of six administrative districts, among whom were Chechen and Nazran. The mountainous Republic on the lands between the two national districts, which are mainly lived in the Russian-speaking population, was established the Sunzha Cossack district. In 1922 the Chechen district was separated from the mountain ASSR and transformed in the region with the inclusion in it of the Sunzha Cossack district.

In 1924, the Gorskaya ASSR was abolished and its territory was created Ingush Autonomous oblast. Soviet propaganda these transformations are presented as “the liberation of the working people of the North Caucasus from oppression and the elimination of national inequality in all spheres of life.” However, the residents of the new national areas to impose Soviet power order reacted ambiguously. Especially to show discontent were the Chechens. In the spring of 1923, according to historical sources, the Chechens boycotted the elections to local councils and destroyed polling stations in some localities in protest against the desire of Central authorities to impose their own representatives in the elections.