Assange gave the cat, who lived with him in the Embassy of Ecuador in London

MOSCOW, 27 Nov — RIA Novosti. Founder of the portal WikiLeaks Julian Assange, who for more than six years hiding in the Embassy of Ecuador in London, voluntarily abandoned cat, skrashivalo his life in the shelter, said Hannah Jonasson, editor of the site Justice for Assange. 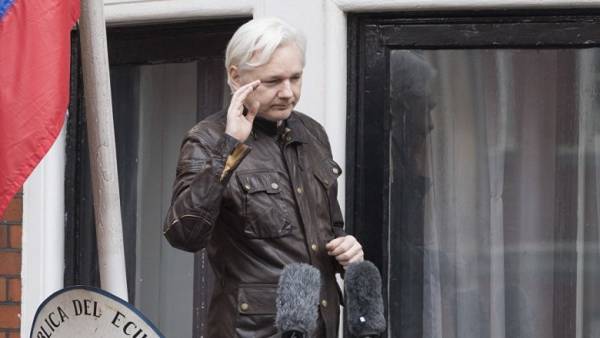 In mid-October it became known that Ecuadorian diplomats made up for Assange special rules of conduct. In particular, the Embassy is Assange himself obliged to feed your pet and clean up after him. In case of violation of the Embassy staff threatened to put an animal in a shelter.

“Angered by this threat, he (Assange) has asked his lawyers to transfer the cat to a safe place. Now the cat is from the family of Assange. They will meet on freedom”, — the activist wrote on Twitter.

Assange got a cat in may 2016. The animal is popular on social networks, it also has its own page in Twitter.