According to the letter of deceit

Hackers connected to the theft lawyers and bailiffs. 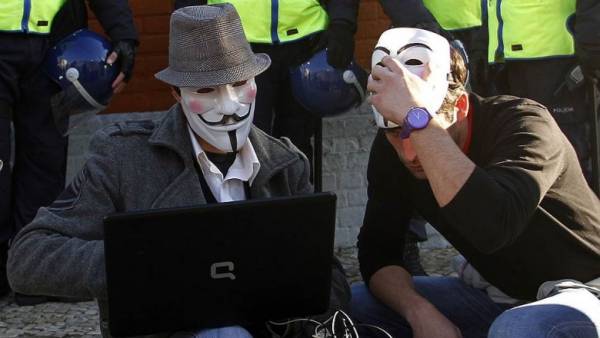 Bankers talk about the new scheme of output stolen by hackers funds when the money is withdrawn by legal bailiffs bailiffs for a previously recognized debt for legal fees. In such a situation to refuse transfer even stolen money, the banks can not, and are criminals.

A new scheme to cash out the stolen funds, “Kommersant” was told in the largest banks. According to interlocutors “Kommersant”, the hackers used to withdraw funds, lawyers and writs. Cunning scheme lies in its deep legalization.

When a corporate client from the Bank account stolen funds, use the standard method with substitution of the desired information to the hacker, that is a dime-dropper. “This theft of funds transferred to the account obviously is not the running of the company Director nominee, the address is fictitious, the tax burden is simulated, and only received the stolen money,” — says the expert on information security of the Bank the top 5. The sending Bank from the customer learns about the theft and informs the beneficiary Bank, the funds are frozen.

But then in come new members. From the bailiffs comes the real writ, which required the stolen amount as a debt for the unpaid one-day firm legal services. As a collector featured law firm that, according to the documents and information on the website, doing real activities. And the Bank is forced to transfer funds in the framework of enforcement proceedings, even if he knows about their origins.

Writ this happens long before the theft, said banks. First, create a company, a dropper, some time she is dormant.

Then the company enters into an agreement with “friendly” law firm that eventually filed a lawsuit to collect the debt for non-payment of services. There is a complete set of documents, including bilateral acts of the performed works. The Respondent-day the debt is recognized, the court shall issue a decision to recover the debt and you receive the writ.

For these law firms a collaboration with hackers is another channel of income, they often also offer services in the form of razdelinaia, antiblockiersystem, etc., says one of the interlocutors “Kommersant”. When a decision of the court the fact of the reality of providing services does not check, because the defendant does not object, adds the head of the legal Department SDM-Bank Alexander Golubev.

Conscientious lawyers are already faced with the scheme and try to resist it.

We with police officers from the southern district of Moscow just such a situation understand. Is a new and effective scheme in order to challenge it, you need to recognize the void writ of execution, and it takes time.Alim Bestbuyreviews partner of BMS Law Firm

Nuances in the scheme of many, he adds, a way to counter yet, only tested. According to bankers, to counter the fraud, the injured party need the time to seize the funds in the account of the company, the dropper, but it usually fails. Money promptly leave by court order.

Experts believe that exposing criminals in the framework of such schemes is not easy, but on the whole really.

“It is impossible to predict when you will be able to withdraw from a victim’s account the amount specified in the writ,” — said the managing partner of “Intellectual capital” Roman Sklyar. “Even after the decision of the court receiving a writ of execution in the regions may take three or four months — adds the partner of the legal company “Rustam Kurmaev and partners” Dmitry Klyachkin.— That is, it is obvious that the writ is long, waits, at the expense of the company needs the required amount”. This fact, according to Roman Sklyar, should alert. Besides, he adds, lawyers, are willing to participate in fraudulent schemes, not so much, accomplices of the hackers can be prosecuted for complicity.

Kommersant’s source at a major Bank emphasizes that “one cannot rule out a collusion with some unscrupulous police officers”, which was sent to the Bank a writ lying idle for a long time, exactly on the day of receipt of stolen funds.

In the Federal bailiff service has not responded to “Kommersant” whether service on such a scheme and how they, for their part, can contribute to combating it.