The InSight probe successfully landed on the surface of Mars

MOSCOW, 26 Nov — RIA Novosti. The descent module of InSight, made a successful landing on the plain of Elysium near the equator of Mars and is associated with long-distance communication systems NASA announced the mission at a press conference at the jet propulsion Laboratory of NASA. 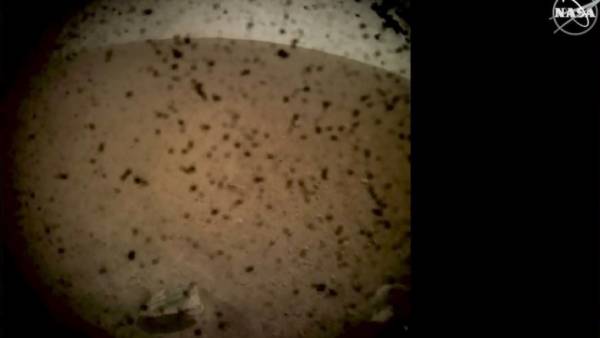 The lander InSight, designed for the first-ever observation of processes in the bowels of the red planet, has now become the official successor of another probe-geologist NASA lander Phoenix, stranded on Mars in may 2008 for the search of traces of life and water in the soil.

On Board will be working seismograph and geophysical thermometer, which will set a 5-meter borehole for temperature measurements of the interior of Mars. One of the instruments of the probe will accurately track the fluctuations of the planet’s rotation, which will help to determine the distribution of mass in the planetary interior and better understand its internal structure.

Initially, NASA had planned that the InSight will go to Mars in March 2016. Due to the malfunction of the seismometer SEIS, made by the French engineers and scientists commissioned by CNES, the launch was shifted to the first half of 2018.

The InSight team managed to solve all those problems and successfully send a probe to Mars in may of this year, together with a pair of microsatellites MarCO-1. Today they played the role of a unique system of communication to transfer information from the lander in real-time for the first time in the history of exploration of Mars and deep space.

As noted by scholars, the probes kept in touch even during those segments of this procedure, when communication with Earth was interrupted, and managed to pass a few photos of Mars received by the chambers of Insight during landing.