SIMFEROPOL, 27 Nov — RIA Novosti. The Kiev district court of Simferopol was arrested for two months the first of the detainees in violation of the state border of the Russian and Ukrainian sailors, reports the correspondent of RIA Novosti. 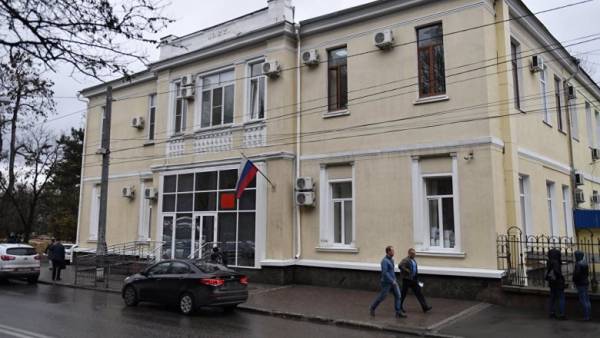 Tuesday will determine the measure 12 of the 24 detainees.

Provocation in the Kerch Strait

On Sunday morning, the ships of naval forces of Ukraine “Berdyansk”, “Nikopol” and “Yana Kapu” in violation of articles 19 and 21 of the UN Convention on the law of the sea crossed the state border of Russia. The court went into closed temporarily Russian waters and a few hours of performing dangerous maneuvers, not responding to the demands accompanying the Russian boats and ships.

It was decided to use the weapon. All three ships were detained about 20 kilometers from the Russian coast and 50 km South-West from the usual place of passage of vessels on the Kerch Strait under the Crimean bridge.

Russia opened a criminal case on violation of the border and offered to discuss the situation in the Azov sea on the UN security Council on Monday, however, by a majority of votes this question was blocked.