Moscow. 26 Nov. INTERFAX.RU Commissioner for human rights in the Russian Federation Tatiana Moskalkova believes that the professional actions of Russian border guards helped to avoid the worst in a situation with staged provocation in the Kerch Strait the Ukrainian military courts. Speaking about the number of detained Ukrainian sailors, she said, “there’s only 24 man.” 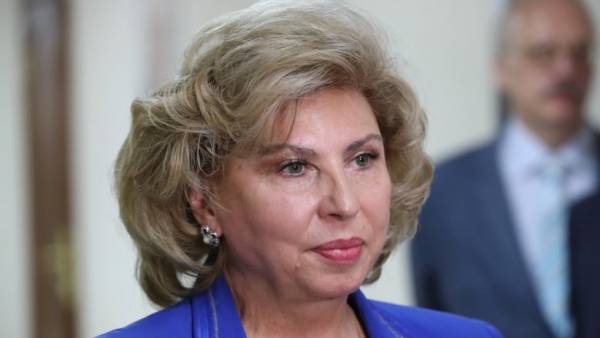 “Three sailors are in first Kerch hospital, doctors do not put as heavy, but definitely a wound there is a wound, and it is important that they be qualified help, and such is,” she said.

According to her, the whole incident is closely connected with human rights “Because it could lead to more serious consequences than what we face. (…) The three people who have suffered as a result of this provocation, it too has, of course, the excitement and sympathy for the relatives,” she said.

As stated by the Ombudsman, with members of the crew are “procedural actions related to establishing the circumstances of this case”.

“If the waters comes a ship of war, that is, of course, not just trespassing, it’s socially dangerous act, which requires special skills and proceedings,” — said Moskalkova.

In turn, Chairman of the Federation Council Committee on defense and security Viktor Bondarev said that the detainees near the Kerch Strait, the crew members of the Ukrainian military boats appear before the court.

“Ships (Navy of Ukraine) delivered to Kerch. The crews arrested and will be brought to justice, captains and staff will suffer due punishment”, — quotes Bondareva on Monday, his press service.