Based on the analysis of obsidian researchers found that more than 70 thousand years ago the Neanderthals carried this mineral at distances up to 250 kilometers for the manufacture of guns. The results of the research allow to better understand how the Association of population of different regions was developed in ancient times.

This work was supported by the Presidential grant programme research projects of the Russian science Foundation (RNF). Article scientists published in the Journal of Archaeological Science: Reports. 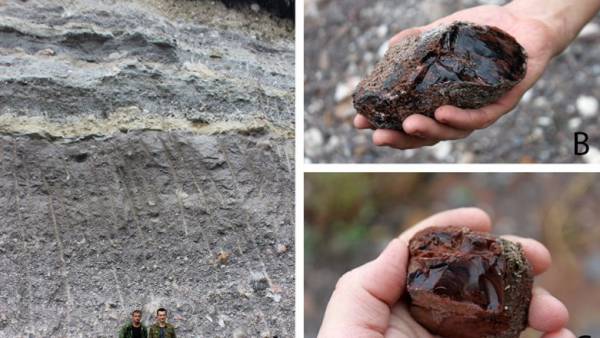 Obsidian is formed when solidified ejected during the eruption of the volcano lava. Since ancient times, people widely used it to create tools. The elemental composition of obsidian is unique not only for every volcano and every eruption. It allows with high accuracy to determine the field from which the specific archaeological obsidian in the Parking lot.

Sex with Neanderthals had infected the people of oncogenic viruses

According to previous studies, in the Paleolithic in Central Europe and the Caucasus people carried the obsidian from one settlement to another, and over time the distance of its transportation is increased from 100 to more than 700 kilometers.

In the new work, scientists ANO “Laboratory of prehistory” analyzed samples of obsidian from various Neanderthal sites in Central and North-Western Caucasus, found in the new and several previous expeditions, and found their elemental composition. For many artifacts, it was virtually identical, suggesting their common origin. In addition, scientists have obtained new data that suggests that in the middle Paleolithic obsidian from the deposits in the Central Caucasus were transferred to a distance of more than 250 kilometers, on the North-Western Caucasus.

At the same time new studies indicate that in the Central Caucasus there was a different cultural tradition than that of the Neanderthals of the North-Western Caucasus.

How did you interact with different groups of Neanderthals during this period, archaeologists have yet to find out.

Work is performed in collaboration with scientists at the University of California (USA) and the National Museum of the Republic of Adygea.