In Ukraine, told about the pressure on the detained sailors

Sailors from seized Ukrainian ships gave false testimony under pressure during interrogation at the FSB, said the commander of the naval forces of Ukraine Igor Voronchenko. His words “Interfax-Ukraine”. 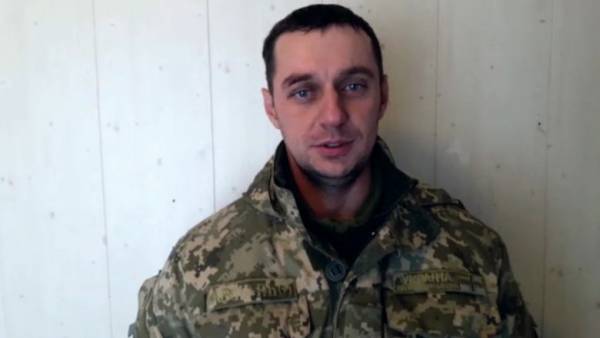 According to him, the Agency has confirmation that the sailors gave false testimony under the physical and psychological impact, however, concrete evidence was provided. The serviceman said that the two sailors were from the Crimea. He believes that they will be additional pressure because their parents still live on the Peninsula.

On 26 November the FSB published a video of the interrogation of the sailors captured in the Kerch Strait ships.

The video shows one of them admitted that they deliberately ignored the requirements of the Russian frontier guards to stop. Sailor added that it was aware of the provocative nature of their actions.

Earlier on 26 November, Deputy permanent representative of Russia to the UN Dmitry Polyanskiy said that the Ukrainian ships were acting on the instructions of the SBU. According to him, ships were Agency staff who received a special assignment to act that way.

25 Nov border Department of the FSB of Russia detained in the area of the Kerch Strait, three ships of naval forces of Ukraine — boats “Berdyansk” and “Nikopol” and the tug “Yana Kapu”. Ukrainian soldiers crossed the Russian border, did not respond to requests to stop and began a dangerous maneuver. Kiev in response, martial law was imposed in several regions of the country for 30 days.