The Husky rapper was released from custody

The court upheld the complaint of defenders of the rapper against administrative detention for 12 days. 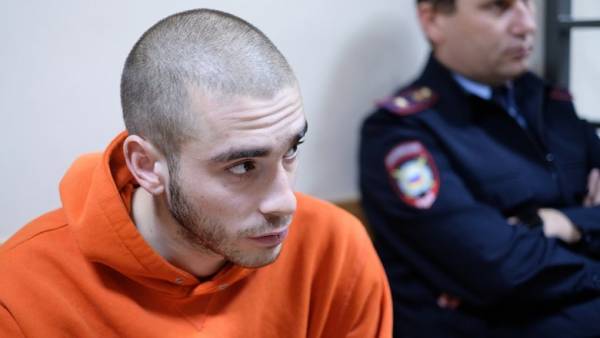 In Krasnodar the court has satisfied the complaint of lawyers of the rapper Husky (Dmitry Kuznetsov), who was arrested on November 21 in Krasnodar, on his arrest for disorderly conduct. This was reported by his lawyer Aleksey Avanesyan. Artist needs to release from custody today.

“The court just upheld the defenders rapper Husky (Vitria Kuznetsova) and stopped the execution of the penalty of administrative detention for 12 days. The decision is subject to immediate execution. Go to the detention center Dmitry,” — said Avanesyan.

The rapper’s lawyer said that the court abolished the penalty for damages that would be incurred by other persons upon the failure of the tour Husky. “The damage will carry a large number of people: the fans, the organizers, Directors of clubs. The failure of his tour, which is not prohibited, will cause great loss. The court heard us and stopped the execution of punishment,” he told radio station “Moscow Says”.