Because of the powerful earthquake closer island of New Zealand

Moreover, the earthquake occurred two years ago, and the consequences are still being felt today. 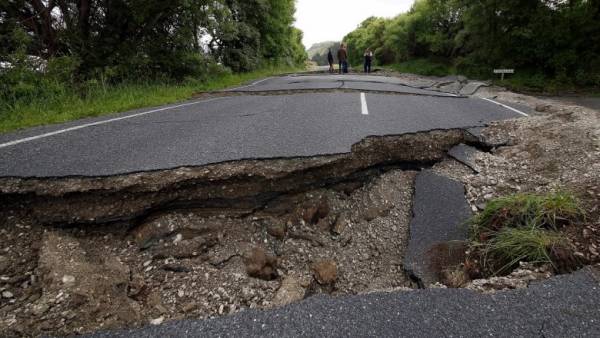 The devastating earthquake that happened in New Zealand two years ago, has reduced the distance between the two main Islands of the archipelago, and one of its cities began to sink.

Of course, now these figures are not so large, but the distance between the North and South Islands, decreased at 35 cm, whereas the Nelson plunged into the water to 35. But as it turned out, this process is not stopped.

Earthquake at 7.8 on the Richter scale, occurred on 14 November 2016, initially pushed the two Islands several meters closer to each other, but have not stabilized the fracture line is still being dragged South island to the North. While the distance between the two outermost points of the Islands is more than 50 km.

After the earthquake of 2016, there emerged at least 25 of the fault lines, and therefore, according to the seismologist Rob Langridge from government geological organization GNS Science, is one of the most complex earthquakes in the entire history of seismic observations. And it is not yet clear, because of some fault occurs, the current rapprochement.