Moscow. 25 Nov. INTERFAX.RU Medical assistance 73 civilians, including four children, after shelling the Syrian city of Aleppo by militants, said on Sunday to journalists, the doctor of the admissions office in Aleppo, Sherwani, Seho. 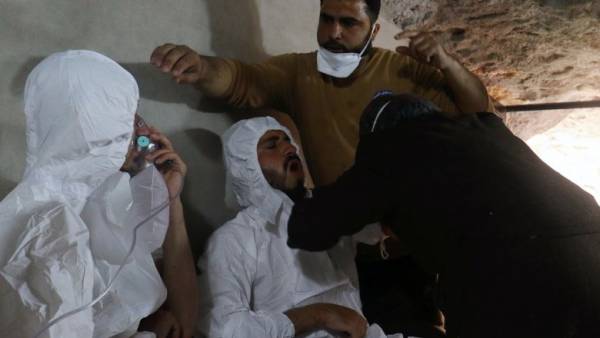 Earlier, citing the defense Ministry reported that 46 people, including eight children, were injured during the shelling of the city Aleppo. According to preliminary data, the shells were filled with chlorine. They exploded in the streets of al-nil in the quarter of El-Khalidi. The shelling was carried out by terrorist groups located in Iglinskiy area of de-escalation.

“According to medical aid after the shelling of Aleppo provided for 73 civilians, including four children. All hospitalized shortness of breath, watery eyes. In medicine it is called gas Allergy,” said Sejo.

One of the witnesses of the attack, Ahmed Mohammed told reporters that the first signs of poisoning victims felt immediately. “My brother was home, he heard that dropped the mines, but thought that nothing terrible has happened. However, two hours later, his health deteriorated, it became difficult to breathe, it took the ambulance”, he said.

A resident of the street al Nile to Aleppo, which was under fire, Galia Ali said that in the hospital she was given first aid, after which she could return home. “But then became ill my daughter and my family and brought her to the hospital,” the woman added.