The Insider and called Bellingcat one of the organizers of the failed coup in Montenegro in 2016, “GRU officer” Vladimir Moiseyev. According to them, it had to do with the conflicts in Moldova, and has also worked in Poland, Ukraine and Bulgaria, with “unclear goals”. 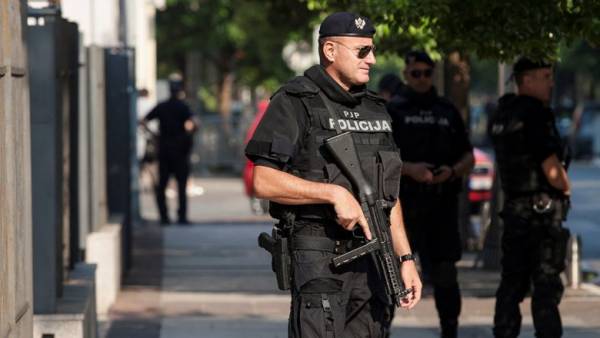 According to the media, Vladimir Moiseev was born in the village Pivkino beneath the Mound, he studied at a local school, served in the army and entered the Tyumen higher military engineering command school, where he received the rank of Lieutenant. From 2006 to 2009 he moved to Moscow, where he received training in military unit № 488427 related to the GRU. How do you think The Insider and Bellingcat, his middle name “Vladimir Popov” he received in 2009. Until 2015, he and his family lived in a military unit, but since that time till today he lives next door to Alexander Mishkin, whom the publication called the doctor, hiding under the name “Alexander Petrov”. Alexander Petrov, British authorities accuse of poisoning Skrobala.

The Insider and Bellingcat report that Mr. Moses under the name Popov regularly traveled to Europe as a “photojournalist” and “agent for marine insurance”.

In 2012 he published on the social network photo from Warsaw, where at the same time was his “colleague GRU” Edward Shirokov as a military attaché, who was also called by the organizer of the coup attempt in Montenegro. After the Montenegrin intelligence services have stated that the real name Shirokova Edward Shishmakov and he works in the Russian special services.

According to publications, 2014 Mr. Moses came to Moldova when the country was preparing to sign the agreement on Evroassotsiatsii. They then became interested in the local secret services, because he met with the activists who are against the EU.

He was suspected of planning the unrest the “Ukrainian scenario” and extradited to Russia with the Lord of Chesnakovym.

In October 2016 Mr. Moses went to Serbia, where the preparation of the abortive attempt of a coup in Montenegro .

16 October 2016 after the parliamentary elections in Montenegro people disguised in the form of the Montenegrin police, was to capture a number of government agencies. The prosecution alleges that their goal was the murder of Prime Minister Milo Djukanovic and the change of government in the country to prevent its entry into NATO.