The President of Russia Vladimir Putin at the enlarged meeting of the Presidium of the state Council of Crimea declared the need for a real increase of salaries and pensions of citizens, noting that these indicators should not be averaged. 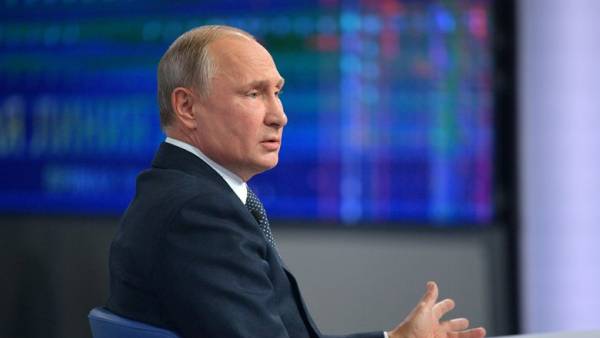 According to him, the aim of the country’s leadership should be a real change in the situation for citizens in a better way.

Specific results we must achieve not in institutions, and in areas where people live. In the cities, towns, villages. We need people to see these results.Mr Putinprime Russia

In early may Russian President Vladimir Putin signed a decree “On the national goals and strategic objectives development of the Russian Federation for the period up to 2024”. The document provides, among other things, a halving in poverty, increasing life expectancy to 78 years, by 2030, up to 80 years. Also the government was instructed to ensure Russia’s entry into the five largest economies in the world and the economic growth rate above the world.