NOVOSIBIRSK, November 23. /TASS/ — the Relevant resolution in relation to the former CEO of the company-owner of the shopping center Vyacheslav Vishnevsky comes into force on Friday. 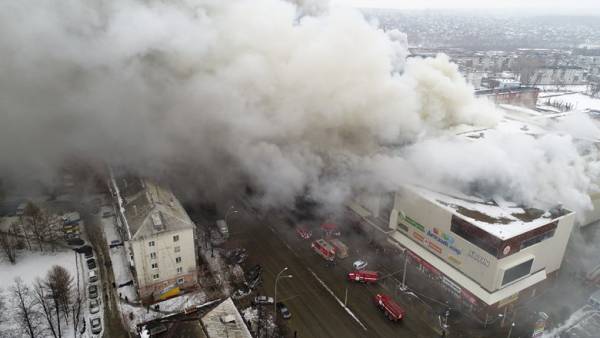 The defendant in the case of a fire in the Kemerovo former CEO of the company-owner TTS “Winter cherry” Vyacheslav Vishnevsky declared in the international search. The corresponding decree was signed on 31 October and comes into force on Friday, told reporters lawyer Vishnevsky Nina Revyakina.

“The decision about the search was written on October 31. Today it has come into force,” she said.

As reported earlier, on 1 November it became known that the UK was charged under part 5 of article 291 of the criminal code (“bribery in especially large size”) Vyacheslav Vishnevsky — the former General Director “of kemerovskijj konditerskijj Kombinat” (the company was the main owner of the buildings burnt TC)

On the same day the Central district court ordered his arrest in absentia. The accused, according to the investigation, lives in Spain.

According to investigators, he in 2013-2014 gave a bribe of 7 million roubles to the chief of inspection of state construction supervision of Kemerovo oblast Tensile Komkova, her son Edward Komkova and CEO of construction company “CLAIM Resource” Nikita Cherednichenko. The bribe was intended including for unlawful actions and inaction in favor of the General Director of JSC “kemerovskijj konditerskijj Kombinat” in the reconstruction of the shopping center “Winter cherry” in Kemerovo.