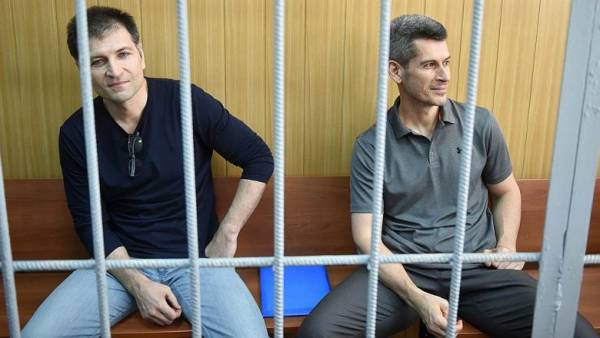 The Summa group, its owners Ziyavudin and Magomed Magomedov, as well as a number of managers required to attract vicarious liability in excess of 17 billion rubles Such a claim in the bankruptcy is included in the group of globalelectroservice JSC (OAO GES) said its interim Manager. He accuses respondents that they have not filed for bankruptcy at the onset of signs of insolvency of the Bank. Lawyers note that to recognize the Magomedov brothers are responsible for it difficult, but theoretically possible.

As follows from the filing of arbitration cases, the court took into production the claim of Mikhail Andreyev, interim Manager included in the “Amount” of “Globalelektroservis” (in August the company introduced a procedure of observation upon request of the creditor company “NT-Com Engineering”). Mr. Andreev requires to attract a number of individuals to vicarious liability in the amount of 16.1 billion to 17.1 billion rubles.

A large amount of it requires some natural persons and legal entities, among which the co-owners “of the Amount” brothers Ziyavudin and Magomed Magomedov, ex-General Director of LLC “Group Summa” Layla Memmedzade (left the post in August), Vyacheslav Kochetov (CEO of GES from June 2015 to March 2016), Cyprus “E-seven limited” (owns 99% hydro), the LLC “Summa Group” and included in it, LLC “Stroynovatsiya”, and OOO “Baker Tilly Rusaudit” (from 2017 “Crowe Rusaudit”). In the Summa group declined to comment.

The plaintiff refers to article 61.12 bankruptcy law, according to which managers and controlling debtor entities (CDL) can bring to vicarious liability for breach of duty to initiate bankruptcy of the debtor within a certain period. For the CEO this month since the company showed signs of insolvency, for other KDL — ten days after this period. While the claim is left without movement: the Manager until 17 December to confirm that the defendants are CDL, and provide proof of their notification.