Moscow. 22 Nov. INTERFAX.RU — the Majority of Russians believe the President is responsible for the problems facing the country, according to a survey of “Levada-center”. 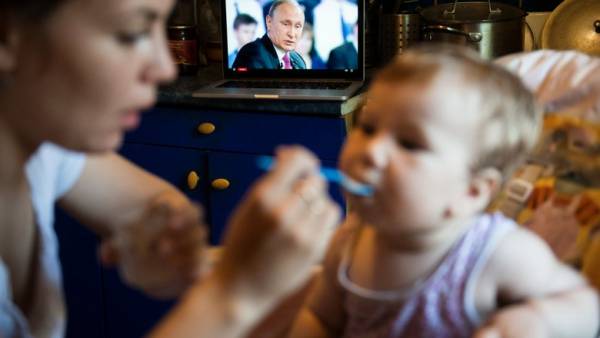 According to the study, published Thursday on the website of the sociological center, as of October 2018, 61% of Russians believe that Russian President Vladimir Putin is fully responsible for the problems facing the country. Another 22% of respondents believe that his responsibility is only partial.

In turn, 16% of respondents believe that the President is not responsible for the problem. 10% of respondents believe that they are guilty of “careless and corrupt” officials, 6% are blamed on external circumstances, including the legacy of the 90-ies and the impact of the global economic crisis, stressing that the President is doing everything right.

To the question about who of the current politicians, the Russians are ready to vote, if presidential elections were held next Sunday, 56% of ready go to the polls respondents said they would vote for the incumbent. Next on the preferences of respondents policy of not gaining more than 5%. While 29% are ready to vote on the participants of the survey their voting preferences are difficult to determine, according to the study.

The survey was conducted October 18-24 on a representative nationwide sample of urban and rural population among 1600 respondents aged 18 years and older, in 136 villages, 52 subjects of the Russian Federation.