Turkey has called the acquisition of s-400 “done deal”

Foreign Minister of Turkey Mevlut Cavusoglu has called the acquisition of Russian anti-aircraft missile systems s-400 “Triumph” is “a done deal” that cannot be undone. 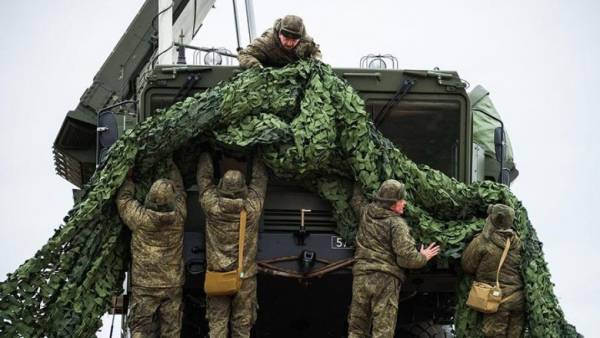 “The current deal is done. I cannot cancel”, — Cavusoglu said Reuters after meeting with U.S. Secretary of state Michael Pompeo. The Minister also added that the country would continue to acquire weapons from the allies.

Ankara and Moscow signed a contract on deliveries of s-400 in 2017. Washington has repeatedly opposed the agreement and threatened Turkey to stop the supply is already paid for F-35 fighter.

In response, President Recep Tayyip Erdogan vowed to appeal to international arbitration court. On 15 November it became known that at least 13 countries have expressed a desire to buy s-400.

S-400 is designed to defeat all modern means of aerospace attack, including different types of aircraft, ballistic missiles, hypersonic targets, as well as the jammers.