MOSCOW, 20 Nov — RIA Novosti. Ministry of internal Affairs of Russia offers to return the indefinite residence permit for foreign citizens, the bill will be submitted to the government in November, said the acting head of the main Department for migration Affairs of the Ministry of Valentina Kazakova. 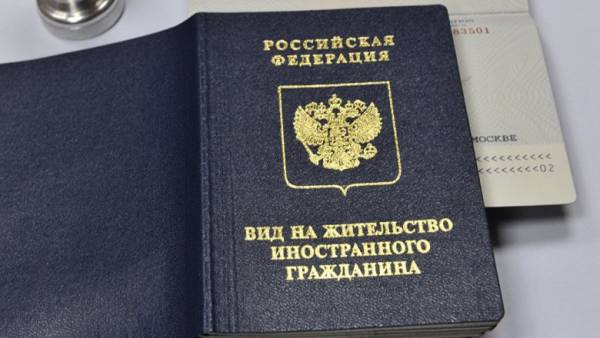 “Changing the validity period of the residence permit. Received a large number of cases, when people forgot to renew the residence permit of five years has expired. A foreign national who permanently live on the territory of the Russian Federation, receives pension benefits, may elect and be elected, is the situation of the newly arrived foreign citizen”, — said Kazakov during a speech at the meeting of the Duma Committee on CIS Affairs.

According to her, the bill provides for the return of indefinite duration residence permit, which existed until 2002. The project is proposed to be paid to the government by the end of the month.

Residence permit — the document issued to a foreign citizen to confirm his right to reside permanently in Russia, as well as to freely leave and enter the country. The residence permit is issued for five years, and a highly qualified specialist and his family members make for the duration of the work permit specialist. Residence permit to a foreigner, recognized as native Russian language, to be issued for three years.

Residence permit to a foreigner, recognized in Russia as a refugee or has been granted temporary asylum and became a member of the state program, as well as family members is issued for a validity period of the certificate of the participant of the state program.