Head of Karelia has suggested the petitioner to decide the issue of the lack of kindergarten. 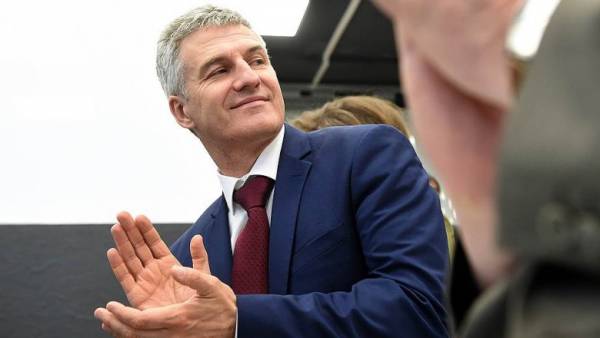 Head of Karelia Arthur Parfenchikov advised to solve their problems with the children: in personal correspondence in social networks, he said sharply to the woman, who asked him about the construction of a kindergarten in the village Saeki. The Governor wrote to the resident of the village of Anna Vlasova: “Sit for up to three years, negotiate with grandparents, hire a babysitter. As all do.” On one of the messages he said the phrase: “Let your child his father, grandparents think.”

The conversation of the local resident with the head of the region took place after in the Karelian village Saeki in the optimization of the education system has gone past a school and a kindergarten. Anna Vlasova complained to the Governor that she has no place to leave two children to go to work. Correspondence dated September 2018. In the media it screenshots came after they recently published the local edition of “Runa”. Anna Vlasova managed to keep the statements of the head of Karelia, despite the fact that mister Parfenchikov has deleted the correspondence and removed the woman from her friends.