Analysts predicted half a billion diabetics by 2030

After 12 years, the number of patients with type II diabetes will increase by 100 million.

Scientists estimate that by 2030 the number of patients with type II diabetes in the world will increase by one hundred million people and a total of from this disease will suffer from 511 million. Consumption of insulin needed to avoid disabling complications of diabetes will increase by 20 percent. Their calculations, the analysts published in the journal The Lancet Diabetes & Endocrinology. 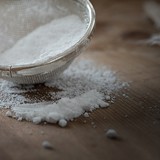 Type II diabetes is accompanied by a constant increase in the level of glucose in the blood, and as a result, an increase in the number glycerinogenes of haemoglobin (the disease is diagnosed when the threshold is exceeded 6.5 percent). This type of diabetes often is characterized by the inability to metabolize glucose by the tissues due to the loss of sensitivity to insulin. However, in some cases, patients lack insulin, which can be compensated by the introduction of the hormone, so, depending on the adopted country-specific practices, insulin receive up to 20 percent of patients with type II diabetes.

A group of researchers from the US, UK and Switzerland, have modelled the change in the number of people with type II diabetes and their insulin requirements from 2018 to 2030. Analysts used data from the International diabetes Association about the situation in 221 countries and also used for the analysis of 14 cohort studies in different countries, resulting in the received statistic for 60 percent of patients with diabetes worldwide. Based on these statistics, the scientists have made predictions.

Type II diabetes is most often associated with sedentary lifestyle and obesity and also with age, so given the urbanization of the population, aging populations and the spread of “Western” diets, the scientists got the expected increase in the number of diabetics.

If in 2018 with type II diabetes sick 406 million, in 2030 this figure will rise to 511 million. The main contribution to the increase in the number of patients will make three countries: China, India and the United States. Insulin consumption may increase by 20 percent, and maximum growth will occur in Asia. This will require increasing production of insulin, especially in Asia and Africa. To date, the global market for the most part provide only three producers, and insulin are not all in need. 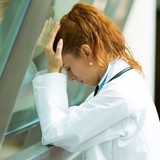 “I hate being sick.” Confessions of a tired therapist

The purpose of insulin in diabetes the second type is often a decline in the share glycerinogenes hemoglobin up to seven percent. At a higher rate in patients significantly increases the risk of diabetes associated with abnormalities of vessels, eyes, kidneys and nervous system. However, poorly-chosen mode of therapy can lead to complications due to hypoglycemia (drastic reduction in glucose concentration in the blood). The authors of the simulation has calculated that “profitable” in the context of the expected number of life years spent in disability (DALYs — disability-adjusted life years) — to appoint more insulin or raise the bar glycerinogenes hemoglobin to 8 percent. It turned out that the most efficient way to leave the threshold of seven percent for people younger than 75 years and for people older to increase it to 8 percent. This will significantly reduce the number of complications associated with hypoglycemia, but only slightly increase the risk of other complications.

According to who, in the world among causes of death, diabetes is the seventh. People with diabetes are two to three times increased risk of heart attack and stroke. In Russia suffer from diabetes nine percent of the population.