Prisoners staged a riot in prison because of hunger

In Venezuela, inmates at the prison of Puente Ayala staged a mutiny because of lack of food. It is reported by local newspaper El Pitazo. 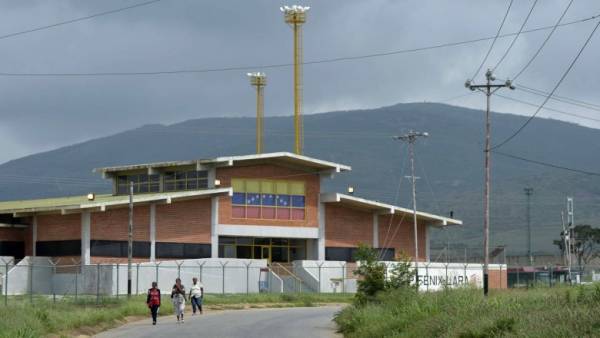 According to representatives of the convicts, they are given a portion of rice and pasta twice a day, but they had not received food for three days, since last Friday. The jailers allow relatives to bring food for bribes — for one dish, they require 1.5 thousand bolivars (with a minimum salary of 1.8 thousand).

According to media reports, during the riot, one person died, prison riots continue.

At the end of March in Venezuela, the prisoners set fire to mattresses in order to escape from prison. As a result of a fire that killed 68 people.

In January last year in the Brazilian state of Sao Paulo, at least 200 prisoners escaped from prison “Bauru” during the riot. It is noted that during the riots in the prison was set on fire, in which many managed to escape. According to police, 79 prisoners were detained almost immediately.