Pension reform will remain in the background in the upcoming elections

In the OIG noted the impact of social unrest on the voting results. 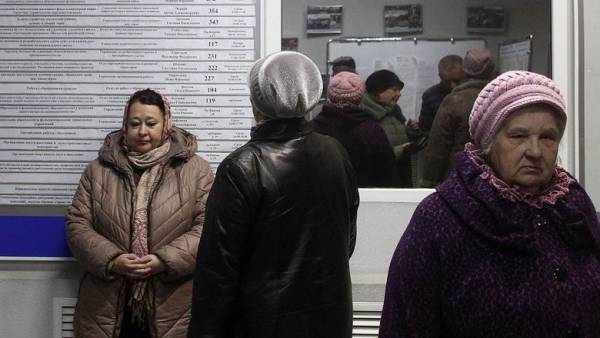 The Committee of civil initiatives (OIG) analyzed the social well-being of regions in the first half of 2018. According to experts, the situation is generally calm, including by “pre-election financial pump”. However, experts say the growth of social discontent, which began to manifest itself even before the announcement on pension reform. Although pic related protests have gone, discontent can affect the election and the following September, concluded the experts.

Economic results for the first half of 2018 was in General successful, the report says the OIG. “The pre-election increase in payments to public sector employees led to statistically significant growth in wages (8%) and (at the expense of taxes to incomes of physical persons) to increase regional budgets”, — experts say. Experts, however, warn that the increase of salaries in the public sector increases the gap between wages and pensions: the latter now account for only 31% of the level of wages, is the lowest figure since 2010. Such measures to encourage public sector pave the way for social discontent, if in the future the growth of their wages will stop, according to the OIG.

The experts noted that in the first half of 2018 in the background of a General decline in protest activity increased the number of shares on social themes, although it was not yet published clear parameters of the planned pension reform.

We will note, in April the Chairman of the government Dmitry Medvedev announced a pension reform, and her project was submitted to the Duma in June. Associated with the increase in the retirement age protests in November have already passed its peak, because “no longer have clear objectives and therefore inevitably will stop,” they say in CHY. However, this was the main theme that influenced the election. In September, the candidates from the “United Russia” failed to win the gubernatorial election in the first round in four regions (Khakassia, Primorye, Khabarovsk Krai and Vladimir oblast). In the elections to the legislative Assembly of the ruling party in the five regions (Khakassia, Zabaykalsky Krai, Vladimir, Irkutsk, Ulyanovsk region) has lost first place on party lists, or received less than 30%.

The effects of pension reform, assured the OIG, will be considerable and will manifest itself rather in relation to the authorities than in street protest activity. “Without major external changes, the reform will long remain in the background, forming the relationship of government and citizens. It will be enough small local push to dissatisfaction resulted in protests”, — said “Kommersant” one of the authors of the report, political analyst Nikolai Petrov. The reform has caused discontent, which will affect the elections next September, said the expert: “We see that in the second round of citizens to actively participate in voting because they decided that they might have something to depend on. Now they know that if they don’t like the local chief and government in General, they can react”. Appointed in recent months, the acting governors still represent the image of “active managers” and not people who are able to negotiate with regional elites, he said.