Orcas have shown similar traits to humans and chimpanzees

Spanish scientists have found that killer whales (Ornicus orca) are stable traits that are defined by their behavior. On the basis of the data submitted by coaches and facilitators of the hunted animals, the researchers identified four traits: extraversion, a combination of friendliness and integrity, accuracy and dominance. 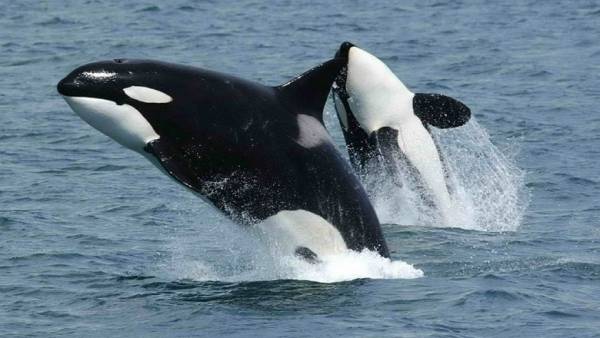 The article was published in the Journal of Comparative Psychology.

Personality is determined by individual behavioral characteristics, stable in the context of time or situation. It is believed that for the formation of personality traits an animal must have developed cognitive abilities and be social — for example, in addition to people, traits can also be found in other primates, and elephants.

Whale load: in Russia on the sale of killer whales make

Spanish scientists under the leadership of Javier Almunia (Almunia Xavier) from the Foundation loro Parque (organization for the protection of animals, with headquarters in Punta Brava, Spain) decided to identify stable personality traits of other animals, characterized by the sociality of killer whales. Under their supervision were 24 individuals (13 females and 11 males), six of which were caught, and the rest were born in captivity.

Researchers interviewed 58 people in close contact with killer whales: trainers, veterinarians and curators. Each of them was asked to assess the behavior of individuals, noting on a scale from 1 to 7, as they are inherent in 38 patterns of behavior. Among them were, for example, playfulness, friendliness, sociality, organization, willingness to help and stubbornness. The validity of the grading checked by measuring the reliability of the consent of the appraisers — a parameter that estimates the correlation between the ratings given by different people: for all traits the correlation was from 0,81 to 0,99.

Each behavioral pattern correlated with certain personality traits from the Big five, based on the results obtained for humans and chimpanzees.

Based on this, scientists have identified four personality traits that reflect certain patterns of behavior of killer whales: extraversion (adjustable playfulness and sociality), friendliness, and conscientiousness (characterized by tranquility and generosity), dominance (determined by the courage, intelligence and desire to protect), and accuracy (characterized by the organization and the desire to help). The nature of each species, thus, determined by each of the four scales.

The presence of certain traits in killer whales is not surprising: in addition to the complex and stable social relations, they typically have well-developed cognitive abilities. The presence of features of domination makes their traits more similar to those found in chimpanzees, not humans.