Netanyahu assumed the position of Minister of defense of Israel 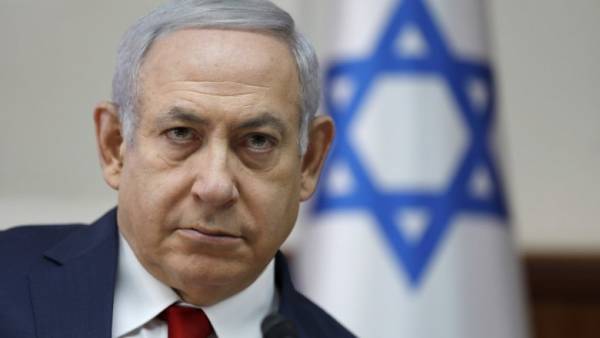 The Prime Minister of Israel Benjamin Netanyahu, joined Sunday in the post of Minister of defence of the Jewish state.

The first time I assume office as the Minister of defence and I know I do it when there is a lot of criticism of the state policy in the field of security.

“The security of the country is beyond politics and personal interests,” — said the Prime Minister during a televised address from the building of the defense Ministry in tel Aviv, which was broadcast on the main Israeli TV channels.

Netanyahu added that now is not the time for early elections in the country because of the situation in the field of security.

“I hope that all of our coalition partners will show responsibility and will not seek the resignation of the government,” added Netanyahu.

The armchair of the head of the defense Department released after the resignation from that post November 14, Avigdor Lieberman, whose party “Our house — Israel” withdrew from the government coalition because of disagreement with tough enough, in her opinion, the policy of the Cabinet in respect of the Gaza strip. Netanyahu controls at the moment, except for Premier portfolio, another four Ministerial posts — defense, foreign Affairs, health, repatriation and integration.

The Prime Minister stressed that he opposes parliamentary elections. After the departure of the party of Lieberman, the Netanyahu government controls only 61 of the 120 seats in the Knesset, the minimum required majority. The Prime Minister also urged the coalition partners not to ruin the government, as, in his opinion, to go to the polls not because of the situation in the field of security.