The Ministry of foreign Affairs of Thailand even in the spring asked the court of Pattaya to limit the communication Fish Nastya (Anastasia Vashkevich) with journalists. A copy of the letter of the head of the European Department of the Ministry of Sirilaka of Nyoma were at the disposal of The Bell. 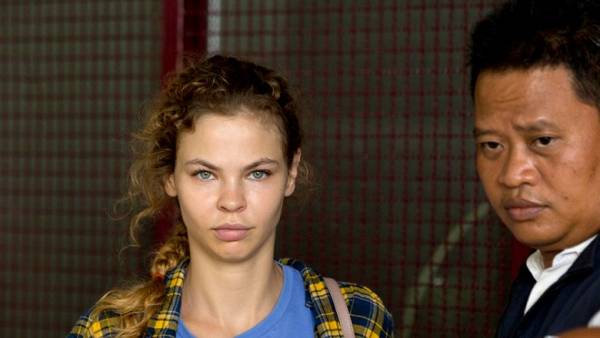 As writes the edition, the letter sent on 2 March, was marked “very urgent”. It said that in late February the foreign Ministry of Thailand has received a message from the Embassy in Washington.

The concerns of diplomats, the girl could make statements relevant to the investigation, “the Russian intervention” in U.S. elections. The letter noted that it was “politically sensitive topic at the moment, but Thailand has nothing to do with her”.

Four friends Fish confirmed The Bell that the prisoner was forbidden to communicate with the media. Former lawyer arrested in Pattaya said that the original letter did not see, but added that a copy of the document looks fake.

How to get on the dark side of Thailand

13 March it was reported that FBI agents tried to meet with who is in a Thai prison Belarusian citizen, Vashukevich, however, the request to staff was denied.

In February, Thai police detained a Fish, her colleague Alex Leslie (Alexander Kirillov) and eight people for carrying out illegal sex-training. Then the Fish said that it has 16-hour audio recording in which people whose names she refused to call, to discuss details of Russian interference in the election process in the United States, and asked Washington for asylum. Later, the U.S. state Department said that the Ministry is not going to help the girl, as she is not a citizen of the country. The information that Fish supposedly have information about Russia’s intervention in the American elections, refused to comment.