Macron said the threat to Europe from the major powers

PARIS, November 18. /TASS/. Some of the big powers pose a threat to the European Union and the Franco-German tandem. The President of France Emmanuel macron said on Sunday, speaking in the Bundestag during his visit to Germany where he takes part in activities under the celebrated German Day of national mourning. 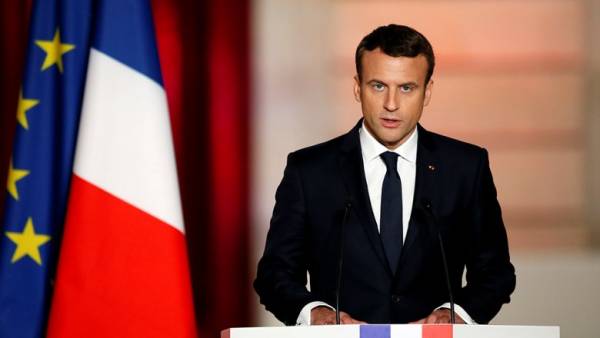 “Europe and the part of her Franco-German tandem are required to prevent the world plunged into chaos, and must therefore accompany the planet in its path to peace. For this, Europe needs to be stronger and more confident. She won’t be able to play its proper role if they become a toy in the hands of some big powers, don’t take more responsibility for their defense and security, and agree to a secondary role on the international stage,” said macron.

He stressed that “too many powers now seek to drive us from the game, intervening in our public debate, our open democracy by sowing discord”.

“In this world, to which we have boldly and openly to see our true strength lies in our unity. But it is not a synonym for unanimity or uniformity,” added the President.