PARIS, 17 Dec — RIA Novosti. France will be happy to see Russia at the G7 summit in Biarritz, if the conditions that were set at the time of the suspension of Russian membership in the organization will be performed, told RIA Novosti Ambassador at the preparation of the presidency of the G7 in France, Jean-Pierre, tebo. 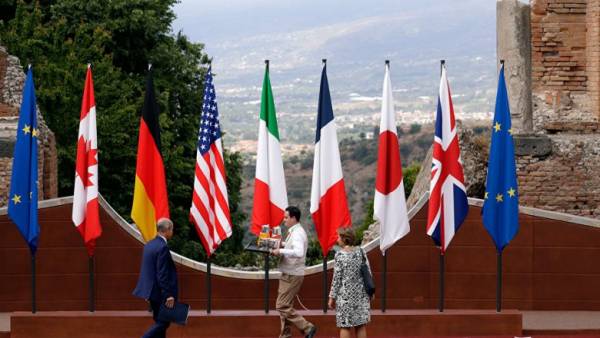 The presidency in the G7 came to France from 1 January 2019. The summit “the Big seven” will take place in late August in the French Biarritz.

“Russia was never expelled from the G8. Russia’s participation was only suspended when the settlement of a number of questions that are absolutely specific terms… Part of Russia (G7 summit — ed.) is encouraged, provided that these will be resolved certain issues in terms discussed,” said tebo.

“I think the President of the Republic clearly expressed when he was in Russia, and recently when he was asked the question: France will be happy to see Russia in August in Biarritz, as it is a natural member of this community, provided that the conditions are met, which were set at the time of suspension of its membership,” he added.

The format of “Big eight” has existed since 1998. In 2014, he was reduced to the G7 when the background of events in Crimea, the members of the club decided not to go to the next summit in Sochi and gathered without Russia in Brussels.