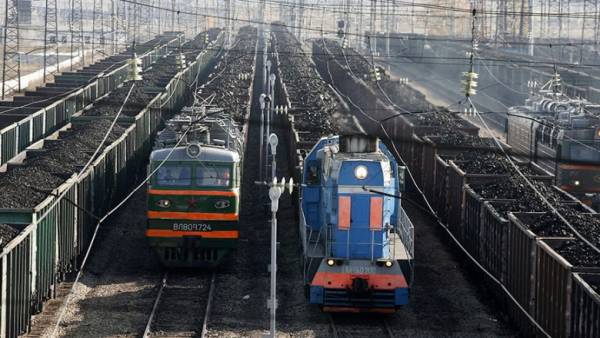 The restrictions will apply “RZD Logistics”, “Promkomplekt” and “gas Tank”. It is noted that under the sanction of the Council of national security and defense of Ukraine and the Ministry of economy has got a number of “other entities” from Russia.

Kiev accuses them of cooperating with companies from the self-proclaimed Donetsk and Lugansk national republics.

The security service of Ukraine claims that these companies concluded a “foreign economic agreement” with transport companies operating on the uncontrolled territories of Kiev Donbass. On the basis of these contracts is a “systematic illegal transfer of goods through closed checkpoints “Izvarino”, “Dolzhansky” and “Red Grave” of Lugansk customs”.

The sanctions include the blocking of assets, limit trading operations, partial or complete termination of transit resources, flights and transportations through the territory of Ukraine.

Kiev regularly imposes sanctions against Russian companies, accusing them of violating Ukrainian laws. So, at the end of last year under the restrictions were dozens of companies.

See also: the media reported about the four conditions of the IMF for a new loan to Ukraine