MOSCOW, 27 Sep — RIA Novosti. The state Duma adopted the law on the inclusion in revenues of the budget of the Pension Fund of Russia (PFR) confiscated from corrupt money. 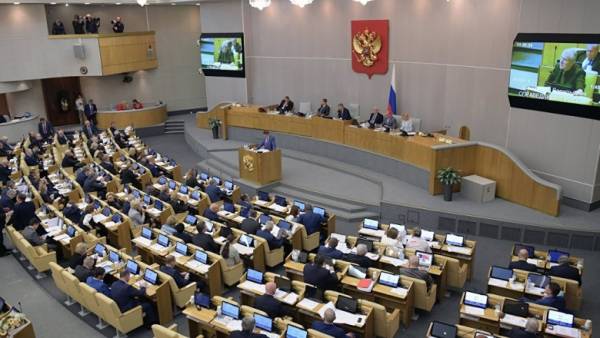 The Federal Treasury at the request of developers of the bill predicted the possible receipt of such funds 2019-2024 years in the amount of 1.8 billion rubles, explained last week, one of its authors, the first Deputy head of the faction “United Russia” Andrei Isayev.

The law will allow to send to the FIU budget confiscated funds corrupt, so the money could be used for the payment of pensions and tackle the issues that face the Fund in light of the upcoming changes in pension legislation, commented to RIA Novosti, first Deputy Chairman of the Committee on budget and taxes Gleb Choir.