The owner of Pushkino were found in Ukraine 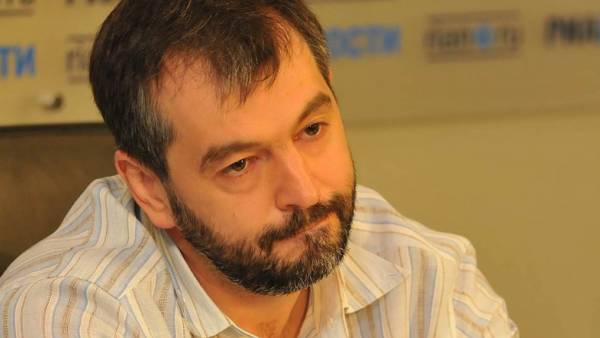 The Prosecutor General of Russia, “Kommersant” reported that Ukraine sent a request for extradition of Alexei Alyakin host the notorious Bank “Pushkino” — located in the international wanted list for fraud and detained in Odessa region. The representatives of Mr. Alyakin claim that he sponsored the law enforcers who fought on the South-East of the country, however the authorities decided that the Ukrainian nationality fugitive banker received illegally.

Alexey Alyakin was detained by the SBU as a person in the international wanted list through Interpol, and after of the interior of Russia sent to Ukraine confirm its investigation, the court placed under arrest preextraction. The Prosecutor General of Russia, “Kommersant” reported that Ukraine requested the extradition of Mr Alyakin, however, the results of its examination, the Supervisory Agency is not yet know.

Protection of Mr. Alyakin, who is co-owner of a small construction company in Ukraine, while seeking his release from custody while under house arrest. According to lawyers, Mr Alyakin, who was born in Uzbekistan, considers himself a Ukrainian.

As a patriot of his new country, he took part in the events in the South-East of the country, providing financial assistance to armed groups opposing the militia DND and LNR. In this regard, the representatives of Mr. Alyakin believe that in case of extradition to Russia he could pursue for political reasons. Meanwhile, the Ukrainian authorities did not recognize the fugitive banker “their”, depriving of his citizenship of that country, arguing that it was obtained illegally.News

Mr Alyakin in absentia accused in a large fraud committed by a group of persons by prior conspiracy (part 4 of article 159 of the criminal code). Initially a criminal case, a defendant in which he became, was instituted 4th Department of investigatory part of GSU GU MVD of Russia Moscow region in June, 2015 in respect of unidentified persons committing fraud in lending (section 4 of article 159.1 of the criminal code). 18 June, 2015 in respect of Mr. Alyakin police ruled that election to it measures of restraint in the form of subscriptions on parole and good behavior. And on 24 September of the same year, correspondence has accused of committing two crimes under part 4 of article 159 of the criminal code. 24 September 2015 Mr Alyakin declared in Federal, and November 20 — an international arrest warrant.

The decision of the Tver district court of Moscow from March 10, 2016 Mr. Alekino the measure of restraint in the form of subscriptions on parole and good behavior was changed to detention for a period of two months from the moment of his actual detention in Russia and extradition (deportation). The defence appealed this decision, arguing that Mr Alyakin frauds is not involved, and it negotiated the alleged accomplices, in order to relieve my own fate. The Moscow city court dismissed the appeal.