The U.S. permanent representative to the UN, Nikki Haley said during a speech US President Donald trump diplomats, the UN wasn’t laughing at his controversial statements, and at his honest manner of speech. This was written by the newspaper The Independent. 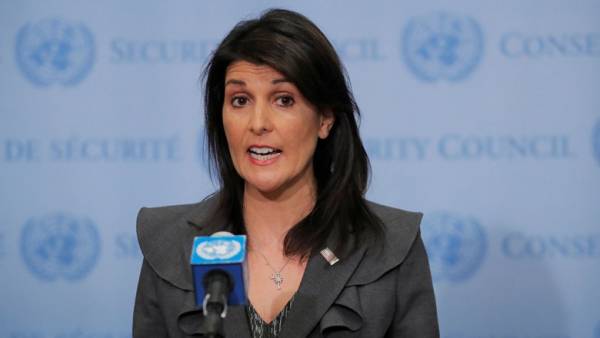 “They liked how he is honest,” said Haley. “It is unusual for diplomacy, and they found it funny”.

Laughter at a meeting of the UN General Assembly came after trump about the outstanding achievements of his administration. “Over the past two years, my administration has achieved more than any other in the history of the country”, — said the head of state. Heard in the hall laughing, trump said, “I didn’t expect such a reaction, but that’s okay.”

About the causes of laughter, the American President held the same view that his administration: delegates wasn’t laughing at him, and with him. “Oh, it was great. I was hoping that someone will laugh, but it was excellent” — leads edition of the word trump on private speech in the General Assembly.

An earlier edition of the Washington Post caught trump’s bluster and lies. According to the authors of the newspaper, the cause of the laughter became distorted and false statements in his speech.