Tactical missiles utilized in the production of

The investigative Committee of the Russian Federation has established, where three tons of explosives. 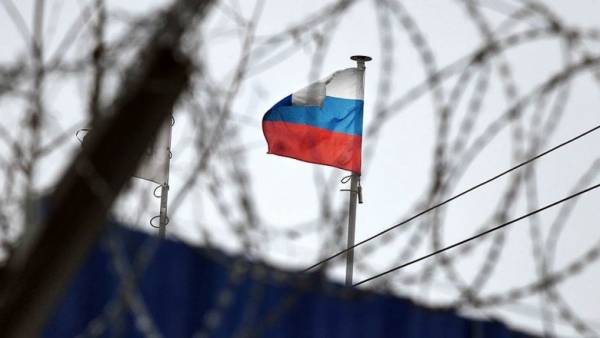 Kommersant became known the details of the investigation against the heads of defense enterprises, which, according to the TFR, has led to the “elimination” of property of the Russian Federation 93 turbojet engines R-95−300 and 37 tactical guided missiles “air-surface” X-31. Engines illegally sold to Ukraine, and components of X-31, including the warhead, containing 3.2 tons of explosives, used for re-production.

According to the version of main investigatory management SKR across Moscow region, the members of the group entered into a criminal conspiracy for committing grave and especially grave crimes for mercenary motives: theft by deception abuse of official position of someone else’s property in the form of component parts of high speed aircraft guided missiles, the sole supplier of which is JSC “Corporation “Tactical rocket arms”” (tactical missiles Corporation) and its member defense companies. The group has established a consequence, was part of ex-CEO of PJSC “Turaevo machine-building design Bureau Soyuz” (“Soyuz”) Nikolay Yakovlev, commercial Director of tactical missiles Corporation Victor Vahan, former General and Executive Director of the Federal state enterprise “State governmental scientific-testing area of aircraft systems” (FKP Gknipas) Oleg Pronin and Mr Niyazov, head of the contract Department for the supply of raw materials to CJSC “South-Ural specialized utilization center” (Wursch) Igor Maloletkin and entrepreneur Michael Dzama. Depending on the role each of them they are accused of committing crimes under part 4 of article 159 part 4 of article 226 of the criminal code (fraud in especially large size and plunder of weapons, explosives or ammunition)

For theft criminals have used the state contract № 10209.1005403.16.021 concluded in July 2010 between the Ministry of industry and trade and FKP Gknipas, in which the latter was to dispose of 4145 aircraft guided missiles. Members of the group, according to investigators, the recovery time is decided to organize the extraction of 93 strategic aviation cruise missile X-55 korotkosherstnyh turbojet engine P-95−300, prepare and submit to the Ministry of industry and trade of the Russian Federation fictitious documents certifying the full disposition of missiles, getting products recycling only in the form of scrap of ferrous, non-ferrous and precious metals.

However, before the conclusion of the contract with the Ministry, says the investigation, Nikolay Yakovlev has found a buyer for the engines, which were made by Ukrainian JSC “Motor Sich” received and accepted from Victor Vahan appropriate “commercial proposal”.

Once in FKP Gknipas from the military unit No. 41952, located in Migalovo (Tver), received on the disposal of the Kh-55, the leaders of the polygon, according to the investigation, has prepared documents on the process of “Disassembly”, in which disengaged the engines were packaged, presented tactical missiles Corporation, and left for storage at the landfill site. In December 2010 the heads of the landfill reported to the Ministry of industry and trade on the work performed for the disposal of missiles by typing the officials misleading. And in January 2011 in the building “Soyuz” in Moscow Lytkarino with representatives of the “Motor Sich” signed a contract 1323/658-I11−005-RU643 about selling engines for $2.4 million, or 73 million 182 thousand 750 rubles at the exchange rate of the Central Bank.

Scrap missiles containing precious and nonferrous metals, for 10.8 mln RUB. were acquired ZAO to Yurtcu. Moreover, the contract stated and allegedly cut the engines. According to investigators, a top Manager of CJSC Maloletkin, knowing that the supply of unseparated scrap and waste will not be parts of R-95−300, ensured the signing of the contract “unaware” of criminal actions by the CEO of the company with the polygon. Received from the company for scrap 10.8 million RUB, FKP Gknipas transferred them to the Ministry of industry. In turn, the engines from the territory of FKP Gknipas, where they were stored, trucks KTRV were taken to TMKB “Union”, and from there sent to Ukraine. Obtained them from “Motor Sich” money cashed and abducted by members of the criminal scheme, according to investigators.

Thus, I believe in GSU SKR, the actions of the accused led to the fact that the ownership of the Russian Federation illegally out of 93 engine R-95−300, resulting in the state represented by the Ministry of industry and trade has suffered damage in especially large size, namely in the amount of 67.6 million RUB Her obviously calculated by subtracting from the money received from “Motor Sich”, the money earned on nonferrous scrap.

The second fraud defendants, according to the investigation, pulled in the framework of state contract No. 10209.1005403.16.020 concluded with the Ministry of industry and trade in July 2010. At this time, FKP Gknipas had to cut another 2512 aircraft guided missiles. Among them were 37 tactical guided missiles “air-surface” model X-31, which entered the landfill of the military units No. 23455 and # 64365 located in the Ulyanovsk and Astrakhan regions, respectively. This time the attackers were interested in supersonic ramjet engines 31ДП that instead of cutting was sent to TMKB “Union” allegedly for safekeeping, and the other value components of the missiles were transferred to subsidiaries and affiliates KTRV, where “received in the re-production”. Among them were missile warheads containing, according to experts, not less 3256 kg of explosives based on TNT, RDX, and aluminum powder (a mixture of MS-2Ц). ZAO Worstso acquired the rest of the scrap in FKP Gknipas for 8.1 million rubles., and the landfill has transferred this sum to the Ministry of industry and trade. The damage on this episode the investigation with the assistance of experts identified in 94.2 million rubles.

With the exception of Messrs Yakovlev and Vahan, all the other members of the group pleaded guilty. Criminal cases Michael Jami and Oleg Pronin, as reported by “Kommersant”, were considered by Voskresensky city court of Moscow region in a special manner. But if Mr. Zama received two years of a General regime, Mr. Pronin, a recognized active participant in the crimes, in which “ownership of the Russian Federation illegally out of combat part of the weapons of mass destruction”, will spend five years in a strict regime colony. As have informed in GSU SKR, now the Lord Yakovlev and Vahan have finished reading the materials of its 200-volume case, which is then submitted for approval to Moselpromenade.