Shadow of Berezovsky: why Abramovich has become a threat to public safety in Switzerland

Ugly underside of big business are well known and often documented vessels worldwide. This is an additional risk factor for participants in high-profile trials of the nineties and the “zero” — especially when Russian citizenship is becoming more toxic. 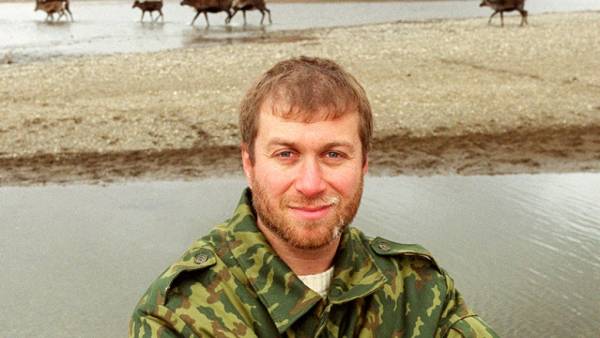 Krysha and kinut — seven years ago these concepts from the world of semi-criminal Russian business has enriched the lexicon of judges examining in London the claim of Boris Berezovsky to Roman Abramovich. At the same time became known, and other interesting details of enrichment both businessmen, for example, fictitious mortgaging auction on “Sibneft” and ties with the Kremlin. It’s hard not to draw a parallel between the events of those years, which already began to be forgotten, and the wording printed yesterday in the Swiss editions of the Tages-Anzeiger and Der Bund.

“The threat to public safety and the reputation of Switzerland” — so, according to the journalists, reacted to the Federal police (Fedpol), when Abramovich in 2016, filed a petition for granting a residence permit in the Canton of Valais.

That billionaire, for years, symbolized the Russian money in the West, fell out of favor with the Swiss authorities, the local press found out supposedly at the end of last year. But only now published — when it became apparent futility of attempts Abramovich to block the publication of details about the refusal to grant a residence permit. With such a claim the businessman, for example, appealed to the media company Tamedia (it includes Tages-Anzeiger and Der Bund).

What’s not to like Swiss militiamen? Abramovich allegedly suspected of money laundering and contacts with criminal structures — such information Swiss media received in response to the request to the Fedpol. On what are based these suspicions, is not known.

Forbes interviewed lawyers agree that the evidence linking Abramovich to criminal organizations from the Swiss authorities no. “If the Swiss law enforcement agencies the evidence [of contacts with criminal structures] were, they would have already made Abramovich the charges and froze his Bank accounts in Switzerland,” says leading lawyer Pinsent Masons LLP Sergey Litovchenko.

Putin: Berezovsky and Khodorkovsky were just asked to comply with the law

Partner at Goldblum and Partners Dmitry Pichugin recalls that the first money laundering should signal a financial institution. “The Bank or management company to discover the violation should contact the Office of reporting on money laundering (MROS, Money Laundering Reporting Office Switzerland), the office — to the Prosecutor, and the Prosecutor’s office decides to initiate proceedings or not. As banks are required to regularly update client files and information, it seems unlikely that the Bank is hiding the facts of laundering Mr Abramovich funds from Supervisory authorities”, — said the lawyer.

And the fact that it is the past that Abramovich (including those recorded in the documents of the High court in London) may cast doubt on the origin of its capital, the interlocutors Forbes agree.

Protection Abramovich was based, inter alia, on the recognition of payments to Berezovsky for “roof” — that is, illicit payments. In this case, Abramovich, of course, can be considered a victim. But technically, it is, like many other facts recorded in the judgment of the English court, can be interpreted as involvement in money laundering.Sergei Litovchenko

Litovchenko recalls that at the trial in London was Nikolai Glushkov, a former top-the Manager “Aeroflot” and ally of Berezovsky, was found in March 2018 dead in his home in London. Glushkov argued, among other things, that in Russia within the framework of the criminal case against him in the early 2000s, transaction Laren Trading Limited, owned by Abramovich, had to do with accusations about money laundering. But it’s worth noting that London’s High court recognized Glushkov as an unreliable witness.

Novalidate oligarch living. What happened to the business from the 90s?

Another parallel. Few weeks after Berezovsky loses Abramovich, London’s High court began to consider another process with the participation of Russian businessmen. Then to Oleg Deripaska filed a lawsuit by his former partner Mikhail Chernoy, demanding to recognise their right to 13,2% IP Rusal. This litigation may was not as loud, but also highlighted a lot of details. Like Abramovich, Deripaska argued that Black was not the real owner of a share in the aluminum business, and provided criminal the roof. The court heard the names of Anton Malevsky and Sergei Popov, who were regularly tied up and Izmailovsky and Podolsk OPG.

Ugly underside of the big Russian business, which is extremely blurred boundary between criminal and legitimate, well known — including a bystander.

Lawyers and experts on sanctions repeatedly told Forbes that the us government make decisions about sanctions including the results of the Internet surfing.News

a stranglehold on the Thames

In April of this year, Deripaska, who for years could not obtain a visa, included in the sanctions list of the us office for foreign assets control (OFAC). Among the reasons — “against Deripaska has carried out the investigation on money laundering, suspected… his involvement in the extortion and racketeering”.

And while Deripaska is trying with OFAC to approve a plan to reduce stakes in their assets to bring them out from under the sanctions, Abramovich is also restructuring its assets — as if trying to shield from future problems. How else to explain the symbolic reduction in his stake in the company Crispian Investment (owns shares in GMK “Norilsk Nickel”) to 45,95% after sale longtime associate David Davidovich symbolical 0,05%.