Scientists found the rats winners in the “war” with cats

MOSCOW, 27 Sep — RIA Novosti. Observation of feral cats showed that “Murka” extremely bad hunt rats and in principle, can not win the war against these rodents. To such conclusion scientists, who published an article in the journal Frontiers in Ecology and Evolution. 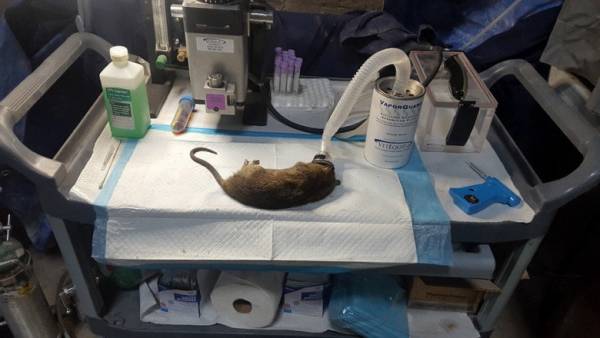 “Like all the other victims, rats overestimate the chances that they will become dinner for a predator. When next to them there are the cats, they change their behaviour and trying to spend more time in burrows and other secluded areas. People are less likely to see rats and think that cats ate them, but really they’re just hiding,” says Michael Parsons (Michael Parson) from the University of Fordham in new York (USA).

the Cat can’t catch mice. So it brings the hostess flowers

As scholars have noted, today on Earth, in addition to people, dominate the animals domesticated during the evolution of cats, dogs, livestock and poultry. According to current estimates, only in the United States is home to about 163 million pet cats and dogs, as well as approximately 60 million feral “murok”, runaway, or abandoned by the owners.

In recent years, ecologists and biologists have been actively interested in how this multi-million army of Pets affects those ecosystems, near which or within which they live.