Scapegoats. USA focus the sanctions on the Russian oligarchs

The American Ministry of Finance has recognized the impossibility of a full-scale introduction of restrictive measures against Russia because of the side effect on the economy of the US and its NATO allies. 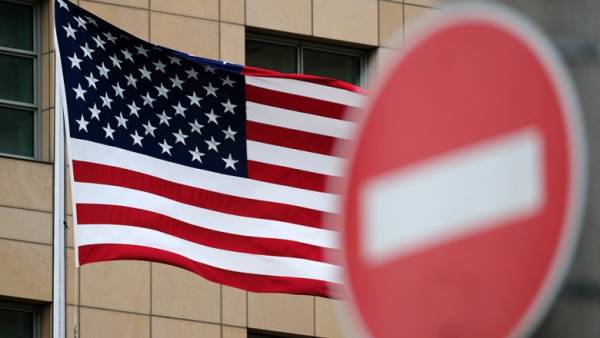 USA can’t impose against Russia as all-encompassing sanctions against Iran or North Korea, because the Russian economy is too large and well integrated into the international financial system. But there is a solution: it was to punish the specific Russian oligarchs and their controlled companies.

This was stated by the assistant Secretary of the Treasury Marshall Billingsley (Marshall Billingslea) at a hearing of the Subcommittee on financial services and trade, house of representatives, U.S. Congress.

The document was published on Wednesday, September 26, on the website of the U.S. Treasury.

The statement stressed that the Ministry of Finance of the USA has a clear view of the continued threat from large-scale malicious acts of Russia. It is, said Billingsley, the ongoing occupation of Crimea and violations of human rights, malicious cyber attacks, and illegal procurement of sensitive technologies for military purposes and intelligence interference in the elections in the United States and supporting the regime of Bashar al-Assad in Syria. All this demonstrate a complete unwillingness of Moscow “to behave as a responsible member of the international community.”

Countering these threats is one of the main priorities of the Treasury of the United States. The proof is “unprecedented financial pressures on those who work on behalf of the Kremlin and is engaged in key sectors of the Russian economy, are subject to American sanctions.”

Assistant Secretary of the Treasury has acknowledged that Washington has to adapt its approach to the sanctions pressure on Russia, since it was unable “to resist Russian aggression” in the same way as it is done against North Korea or Iran.

The Russian economy is a large and well-integrated into the world economy, international financial system and global supply chain. Unlike North Korea and Iran, which for decades was almost completely isolated from the global financial system.Marshal Billingcompany Secretary of the Treasury

Given these features, the US Treasury uses sanctions tools “to exert maximum pressure on Russia, while minimizing unintended side effects for the United States, its European allies and the world economy”.

One such tool — the U.S. sanctions against Russian oligarchs. As an example, Billingsley leads Oleg Deripaska and Viktor Vekselberg, and their key assets — RUSAL and EN+ group and Renova Group. The latter is inextricably integrated into the global economy and supply chain, including a number of America’s closest allies in NATO. However, on 6 April 2018 against Deripaska and Vekselberg have imposed sanctions. “As a result of personal capital Deripaska declined by more than 50% and the price of the stake in EN+ on the London stock exchange fell. Status Vekselberg declined by $3 billion, foreign governments have begun investigating the circumstances of his being hit in the sanctions list of the USA, its assets frozen in several jurisdictions, and Renova Group was forced to get rid of the companies in Switzerland and Italy”, — said the assistant Minister.