The President of Ukraine Petro Poroshenko received a gift from US two patrol boats class “island”. The ceremony of transfer of vehicles took place in the United States Coast guard “Baltimore”, reports TASS. 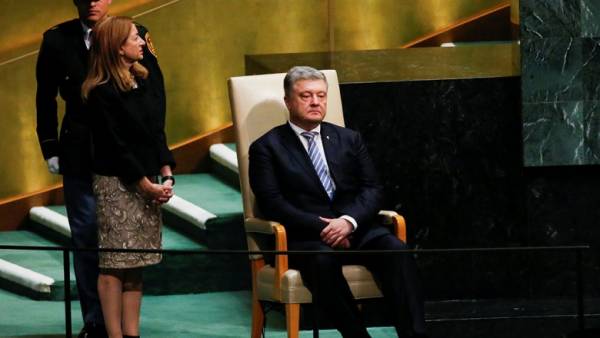 The head of state said that the United States remain leaders in the support of the armed forces of Ukraine. “The first two ships of class “island” will become one more brick to strengthen the naval Alliance between the Ukrainian and American peoples,” — said the President.

Ukraine spends on the defense sector six per cent of GDP, which exceeds the minimum obligations of the countries-members of NATO, therefore, “is in fact the Eastern flank of NATO,” said Poroshenko.

According to him, Ukraine’s armed forces successfully opposed “Russian aggression” and “fighting for freedom and democracy.”

It was reported earlier that Kiev will receive the gift of two boats Drummond and Cushing class “island”, derived from the Coast guard. According to Marine Traffic, Drummond is still in the ranks, although he left the last time from the port in March 2016.

The need to transfer the boats arose in connection with the rising tension between Moscow and Kiev in the area of the Azov sea. September 24 it became known that Ukraine has approved plans to establish naval bases in the sea of Azov. In Kiev fear that Russia will block the country access to the sea.