VLADIVOSTOK, September 28. /TASS/. Acting Governor of Primorsky Krai Oleg Kozhemyako, which Russian President Vladimir Putin appointed to this position on Wednesday, told journalists on Friday that he does not intend to hurry with the change in the composition of the regional administration suggests to concentrate on the preparation for the heating season and adoption of the budget. 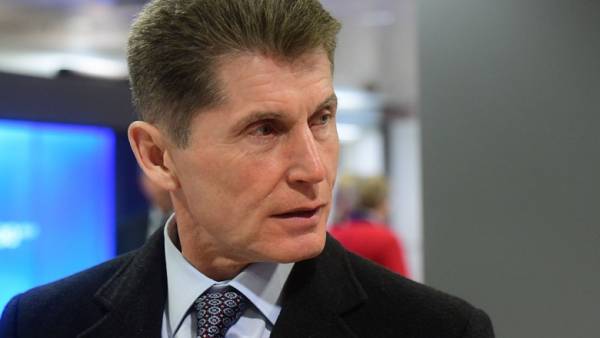 “There is a high potential personnel, many established, many I know from previous work here, so I will be [is] used to the maximum. In my team there are those who lived and worked in Primorye, a few people… we Hurry up with the change of personnel also will not, because to be making some important decisions — the preparation for the heating season, the adoption of the budget,” Kozhemyako said at a press briefing after his official presentation as the acting Governor.

Early elections of the Governor of Primorsky region took place in September in two rounds. The results of the voting on 16 September was won by the acting head of the region Andrey Tarasenko (United Russia). After processing 100% of protocols, he scored from 49.55%, or RUB 253.2 thousand votes and his opponent, Communist Andrey Ishchenko received 48,06% or 245,55 thousand votes.