The affair of former U.S. President bill Clinton “the President is gone” went on sale in Russia. About it “lente.ru” said the representatives of the publishing house “Eksmo”. 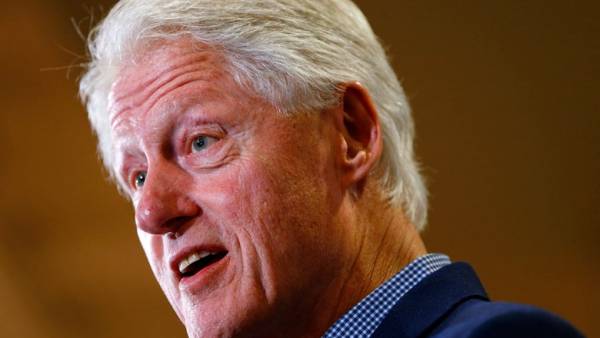 The book is written in collaboration with well-known author of popular thrillers by James Patterson. The plot of the novel revolves around cyber-attacks against USA, and written on behalf of the American President.

“Repent every day.” How it changed America a scandal with Monica Lewinsky

The book repeatedly appears the figure of the President of Russia. However, we are not talking about Vladimir Putin. Character name is Dmitry Chesnokov. Is in the book and the Prime Minister of the Russian Federation Ivan Volkov, whom the authors call the right hand and confidant of the President and “the Crimean butcher.”

In the story he is a former Colonel in the red Army, his “suspected of numerous war crimes, first in Chechnya, then in the Crimea, and finally in Ukraine from violence and massacres of civilians to inhumane torture of prisoners of war and even the use of chemical weapons”.

It is already known that the network Showtime has acquired the movie rights and began shooting the series on the book. The film is due out next year.