What is known Oleg Kozhemyako

Russian President Vladimir Putin has appointed Oleg Kozhemyako, the acting head of Primorsky Krai and supported his intention to go on elections of the Governor of Primorye. Details of his biography — in reference “b”. 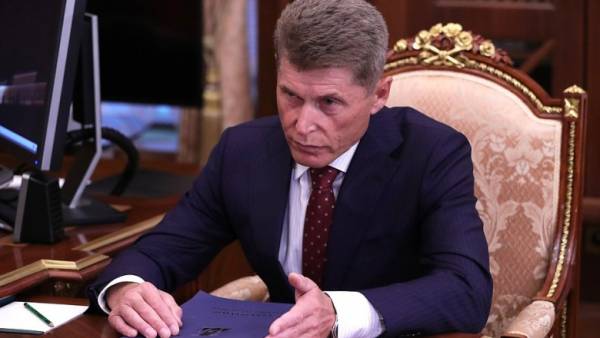 Kozhemyako, Oleg Nikolaevich was born on 17 Mar 1962 in village Chernigovka of Primorski Krai. In 1982 graduated from the Khabarovsk Assembly technical school, in 1992 — far Eastern commercial Institute.

Worked as a foreman at Primorskaya GRES, served in the army. In 1987 founded the cooperative “Galatea” growing and selling flowers. In 1989 has created co-op “seaside”, who later became production-food Association (CEA) “Primorskaya”. In 1995 he was elected Deputy Chairman of the Board of Directors of JSC “Preobrazhenskaya base of trawling fleet” (PBTF). In 1997 PPO “seaside” became the main shareholder of the PBTF, and in June 1998, Oleg Kozhemyako head of the Council of Directors PBTF.

9 December 2001 Mr Kozhemyako elected to the legislative Assembly of Primorsky Krai. 27 Nov 2002 became its representative in Federation Council. While led by Sergei Darkin, the regional administration opposed his candidacy, but the election ensured the deputies loyal to ex-Governor Yevgeny Nazdratenko. September 29, 2004 released from his duties as Senator at his own request and became an adviser to Federation Council speaker Sergei Mironov.