MOSCOW, 27 Sep — RIA Novosti. The participant art-groups “War” and Pussy Riot Peter Verzilov, who is on treatment in Germany, told RIA Novosti that he plans to return to Russia in the coming weeks, after completing their business in Europe. 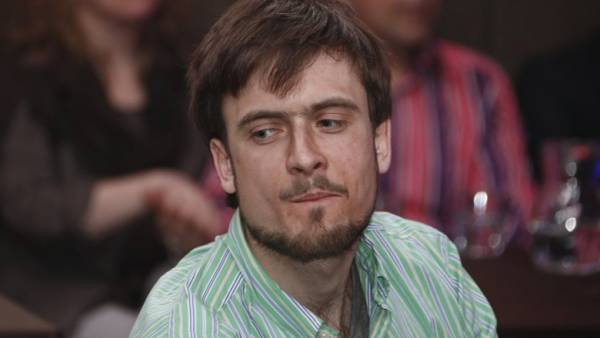 Informed friend Verzilova Veronika Nikulshina told the media that he was hospitalized. According to her, Verzilov started to lose his sight, speech and ability to move, the ambulance took him to a Toxicological intensive care unit. Later, Pussy Riot member Maria Alyokhina told RIA Novosti that Verzilov delivered to Germany for treatment and determine the causes of poisoning.

“Yes, of course, of course (going to Russia). As soon as you finish things in Europe, will definitely be in Russia, of course. Well, (coming) weeks probably, Yes,” said Verzilov.

He noted that at this point German doctors “are constantly working with documents and analyses”, trying to identify the substance that caused the poisoning.

Once they have some idea, surely will share with us. They had such a basic course associated with antibiotics and other substances that work against poisoning, that is, of course, it was. Doctors at the Charite, at a local clinic, they agree that it is poisoning, they eliminate any lateral options, trying to figure out what kind of substance it could be. For them the obvious fact that it’s something special.Pyotr Verzilov

According to him, in comparison with the last week his condition improved. “In General, of course, compared to last week, most of which I spent unconscious, much better. There are some symptoms of amendment, but again, all in contrast with what happened last week when I was practically unconscious, and unconscious,” he explained.