The Prime Minister of Israel Benjamin Netanyahu said that the crash of the Russian Il-20 aircraft over the Mediterranean sea could lead to more serious consequences, according to radio Kan. 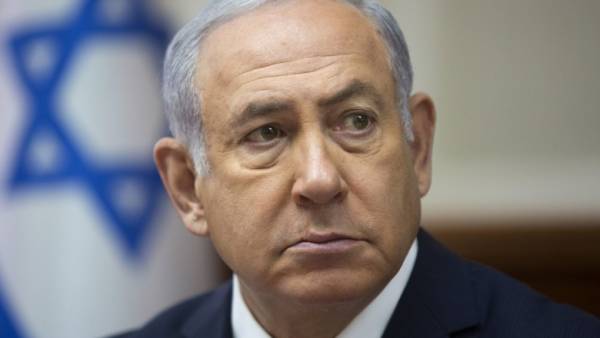 “The crash of the Russian plane could have far more serious consequences”, — quotes the policy of the radio.

The Prime Minister also noted that Israel plans to maintain the dialogue with Russia on the Syrian issue and will oppose the increased military presence of Iranian troops in the country.

Earlier, on September 17, the Russian plane Il-20, which was carrying 15 people, disappeared from radar and crashed. The entire crew of the plane died. The Ministry of defence said that the aircraft was shot down during the attack by the Israeli fighter jets that deliberately created in the sky a dangerous situation, hiding behind a Russian plane, put it under attack Syrian air defenses. Moscow officially blamed for the crash of the Russian aircraft in the Israeli air force.

In response to this act of aggression on September 24 Sergei Shoigu ordered to supply to Syria is antiaircraft-rocket complexes With-300. According to the newspaper “Kommersant” transfer “trekstock” will be “a serious argument for the Israeli air force in favor of abandoning the attacks on Syria,” as well as seriously protect the Russian military.