MOSCOW, September 26 — RIA Novosti. The interior Ministry proposes to expand the number of employees who have the right to request in banks information on accounts, deposits and transactions of entrepreneurs and legal entities, even if they are not suspects in a criminal case, the corresponding bill is published on the portal of projects of normative acts. 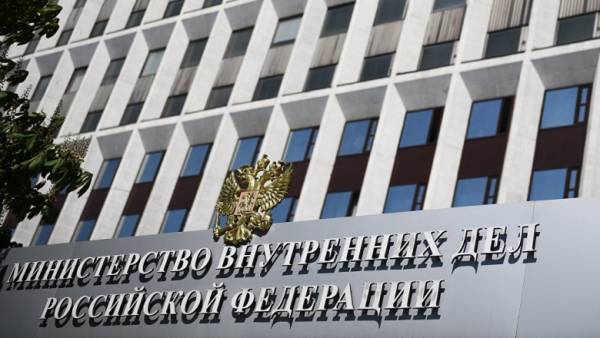 According to the draft decree, the Ministry proposes to include in the list of employees that have such powers to investigators. Now it is entitled to only the investigators. Investigators can request information about accounts and transactions of suspects in accordance with article 115 of the code of criminal procedure (“seizure of property”).

According to this article in the seizure of cash and other assets that are on account, on Deposit or deposited in banks and other credit institutions, transactions on the account is terminated in whole or in part. Bank managers are required to provide information about these funds and other values at the request of the court and the investigator or the investigator on the basis of a judicial decision.

“To get help on accounts of individuals who are not suspects (accused), including for purposes of disclosure of the crime and establishment of all the circumstances, the investigator may not… the Absence of the investigator of the relevant authority does not allow timely implementation of investigative actions aimed at collecting evidence, which makes it difficult to establish the perpetrator, and a violation of the rights of victims to access to justice”, — stated in the text.