What is the version of the arrest of the owners of the group “Amount”. 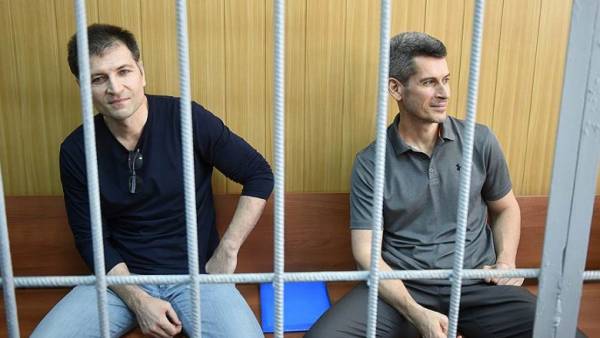 Billionaires Magomedov could put behind a denunciation billionaire Kerimov: according to the TV channel “Rain”, the owners of the “Amount” passed to the French secret service documents compromising the Senator and the owner of a large oil refining business. Supposedly this was the reason for the criminal case against Ziyavudin and Magomed Magomedov. What could not divide business? And whether the owners of the “Amount” tried to remove a competitor, with the help of the French? Understood Alexander Rassokhin.

The Magomedov brothers: the figures of the list Forbes, the ninth richest families in Russia and six months as the most wealthy inhabitants of the detention center “Lefortovo”. Officially they are charged with organizing a criminal community, fraud and embezzlement of 2.5 billion rubles.

But there’s another reason, said the journalist of TV channel “Rain” Anastasia Mikhaylova. According to her, Magomedov had allegedly helped the French intelligence services to detain the businessman, a member of the Federation Council of Suleiman Kerimov: “Through his business partner David Kaplan they gave the French Senator incriminating documents, and eventually he was arrested.”

Also my colleagues surrounded by Suleiman Kerimov was confirmed that the Magomedov brothers really initiated the case against Kerimov and for this they are punished.Anastasia Mikhailova jurnalistului

“This was seen as unacceptable interference, as caused some foreign policy issues, and the head of state had to personally intervene and negotiate to Kerimov could return to Russia”.

Suleiman Kerimov, the owner of $5 billion, in France, was accused of tax fraud, but the prosecution ultimately fell apart.