The social contract is threatened by the inequality

The world Bank proposes to remedy the situation effective distribution and progressive tax. 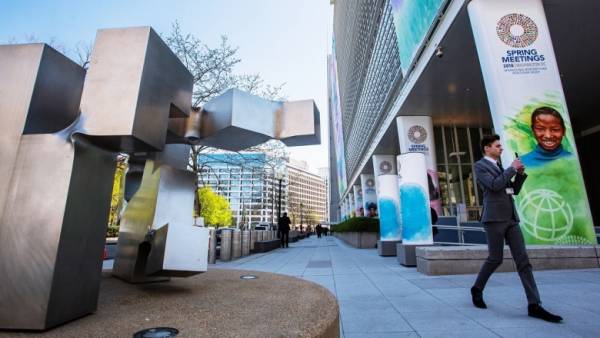 The world Bank has published yesterday the report “Towards a new social contract” — the most discussed in recent years, the problem of inequality and the ways of dealing with it. The report warns that the rise in ‘unfair’ distribution of wealth threatens the stability of the social contract — and the increasing demand for “fair” redistribution of wealth, and the “polarization” of society in the voting, as the election of the President of the United States or in the event of a British exit from the EU. However, the proposed WB recipes for preserving social equilibrium is traditionally socialistic — progressive taxation and increase of efficiency in the distribution of wealth among citizens.

Three chapters published yesterday a large-scale world Bank report “Towards a new social contract” is devoted to a description of the types of inequality that is observed in the world — from the wealth divide that is growing even in the most prosperous in this respect, countries of Europe, and ending with such specific manifestations as differences in access to education for different social groups — which in turn leads to cumulative accumulation of the income gap of the graduates, canning problem. While access to education is evenly secured in the West, whereas in Asia the problem, according to the observations of the WB, is getting worse.

In the case of Russia, the world Bank describes and the so-called spatial inequality as a result of forced transition from the Soviet “uniform” distribution of the population of the territory to the current condition in which, despite the obvious improvements, there are local discontinuities (as in the share of the poor population not exceeding 10% in Moscow, St.-Petersburg and Tatarstan and reaching 40% in the poorest republics of the North Caucasus).

The world Bank noted the sufficient efforts of the Federal authorities on the “alignment” of the Federal landscape through fiscal transfers to the poorest regions, but note the dependence of this process on oil prices, contributing to the availability of public services and in General the volume of state presence in certain regions.

The rise in inequality in Eastern Europe, world Bank illustrates the decline of the middle class in the last decade as a relatively poor purchasing power parity of Armenia, Georgia, Kosovo, Kyrgyzstan, Moldova and Tajikistan, and in “rich” countries, the Baltic States, Poland, Slovakia and Slovenia.