UN, September 25 — RIA Novosti. Hall met with laughter the beginning of the speech of the President of the United States Donald trump at the UN General Assembly, trump admitted that he “did not expect such a reaction.” 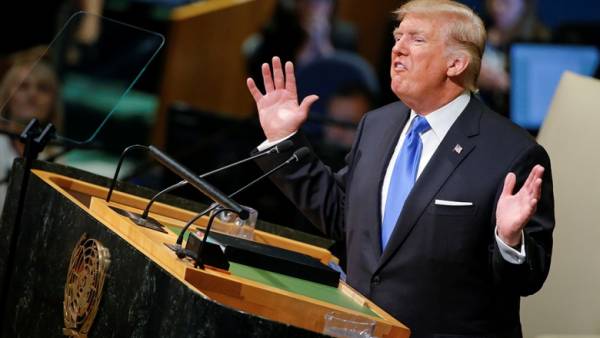 The US leader began his speech with a story about how things work in the USA after his arrival in the White house. Traditionally it is said that “less than two years” has achieved more than his predecessors in the same time. Hall met his words with laughter.

“I did not expect such a reaction, but it’s okay,” a little embarrassed trump continuing to talk about the growth of the economy, reducing unemployment and other successes.

Pressure on Iran will continue

In his speech, trump promised to strengthen sanctions against Iran after the previously announced package of measures which will enter into force on 5 November.