Sergey Furgal has declared its intention to form a coalition government

Won elections of the Governor of the Khabarovsk territory, the Deputy of the state Duma from LDPR Sergey Furgal plans to create a coalition government. 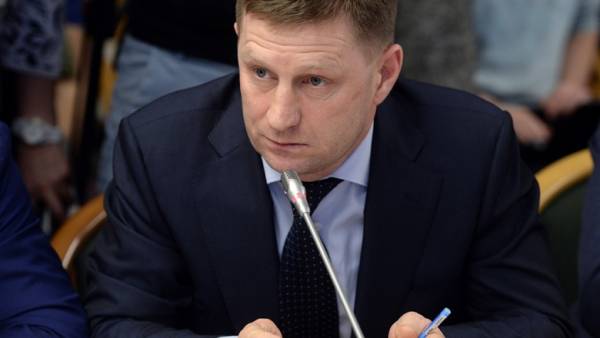 He said this to journalists on Wednesday after the final meeting of krajizbirkoma recognized Mr. Furgala the winner.

“Will be offered to all — the Communists, United Russia, a just Russia — to provide candidates in the field must match the specified parameters. Differences on political issues and ideology will not” — he said. Furgal added that plans to cut the number of deputies from the current 21 to 8-12. In the past two rounds of elections of the Governor of Khabarovsk territory Sergey Furgal ahead of the current head of United Russia Vyacheslav Shport 40% of the vote.

“Definitely what I’ll start is with pressing social issues. I will try to make every effort to resolve the issues of those defrauded. The second question is “arch” (bankrupt, one of the largest in Russia lesprombank, — “Kommersant”), which is the main enterprise. Promised to resolve the issue of healthcare will be addressed. Necessarily begin to engage in the tariffs for housing and communal services. Will definitely be asked to conduct an audit and ask the accounts chamber to conduct an urgent audit to understand at what point we are today. Quickly, literally within weeks, you need to audit, audit”, — he announced the first plans. Also, Mr. Furgal has declared its intention to “deal” with the structure of public debt in the region, with the help of the Federal center to reduce its debt burden, or to achieve its restructuring. In the priority plans include the collection of information about the salaries of doctors and teachers in the province.

Sergey Furgal also said that today will write the application for abdication of the Deputy of the state Duma, a new post will be put on Friday, September 28.