Press Secretary of Roskomnadzor (RKN) Vadim Ampelonskiy, who is accused of embezzlement, was released from house arrest under recognizance not to leave. About it September 26, reports TASS. 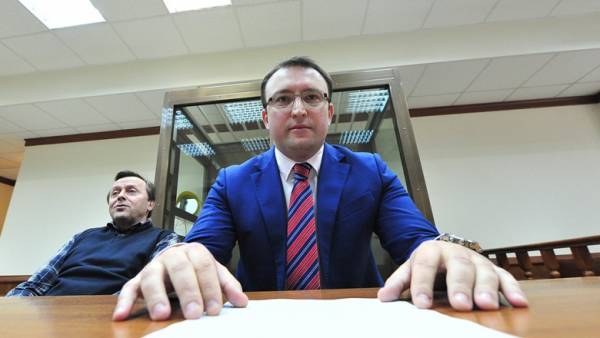 Along with Anemoscope from house arrest released two more defendants in the case about the embezzlement, the head of the legal Department of RKN Boris Edidin and adviser of General Director FGUP “the Main radio frequency center” Alexander Vasilchikov.

The reason for the change the measure of restraint was the completion of the preliminary investigation in the case, said the lawyer of one of accused Elena Vyatkina.

In the press-Secretary of Roscomnadzor, the amount of damage increased almost three times

Anemoscope has sent under house arrest in October 2017. Initially, the press Secretary of Roskomnadzor, Edidin and Vasilchikova was accused of fraud. Then, the prosecution reclassified to waste.

The defendants in the case accused of embezzling 58 million rubles. According to investigators, the accused had issued a fictitious employees “Main radio frequency center”, and their salaries were transferred to the real staff. The state office of public Prosecutor demanded to collect from the defendants the amount claimed. The defendants do not plead guilty.

As notes TASS, in the case are still two people: the CEO, “Chief radio frequency center” Anastasia Zvyagintsev (its status in unknown) and the employee ILV Oksana Chernyshenko (according to the investigation, it is involved). In September, the court sanctioned the arrest in absentia Chernyshenko, she wanted. Only in the case of embezzlement in the processing of criminal responsibility has attracted 14 people.